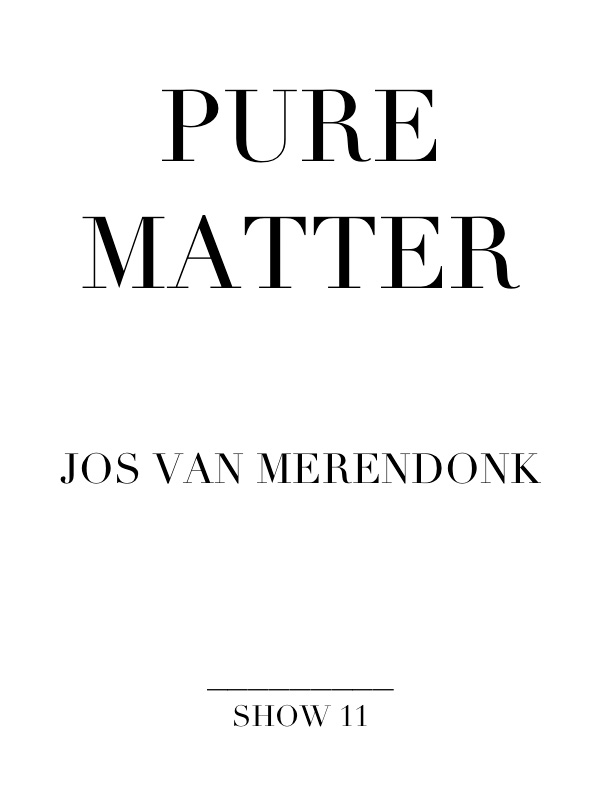 Painting has always been very important for Jochen Kienzle. He has collected paintings from the time he first began to collect art, and the desire has been with him ever since. It is therefore only right and logical that this year’s spring show will once again feature painting in a solo venture: For his first solo exhibition in Berlin, the Kienzle Art Foundation will present works of the Dutchman Jos van Merendonk in its Charlottenburg space.

Art aficionado Jochen Kienzle treats the phenomenon of painting as a type of laboratory or think tank mirrored in theoretical reflections. If you consider the list of painters represented in the Kienzle universe and take note of such names as Klaus Merkel, Jonathan Lasker or Gary Stephan, then the present display by Jos van Merendonk is not really very far-fetched.

Born in 1956 in the Netherlands, Merendonk lives in Amsterdam. He received his formal training in Rotterdam and for many years his paintings have been shown in innumerable international venues. One key to identifying his paintings is the fact that he always uses the same medium: chromium oxide green. This is the one and only material he applies, using the most diverse tools, including paintbrushes and –rollers, scratching tools or spray-cans. Very traditional, van Merendonk places the chromium oxide green on canvas mounted on stretchers. So far so traditional: A painter makes use of different utensils to apply paint to canvas. The painting process sometimes attains a sculptural appearance, since the medium is neither smooth nor liquid but rather “content-filled” – lending it a somewhat “physical” quality.

What the artist creates on the support surface is anything but ‘representational’ in the traditional sense of the word. Broadly speaking, this is abstract painting, leaving lines and circles, an occasional X and at times a Z. Upon closer inspection it looks like he goes through all the numerous ideas of Western abstraction, attempting to quote and repeat any number of “-isms” that have been in vogue since the inception of so-called modern art in the early 20th century.

This attitude contains – also or maybe especially because it is uttered without a word – a sphere of commentary. Among the plethora of possible associations are such qualifiers as authentic, true, important, valuable, masterful, excellent, solid. Or that which is marketable on a wicked art market. And despite all the silence, one cannot help but suspect that one of the intended associations might simply be – horribile dictum – that these tableaux possess certain decorative qualities. A memento mori for a change, in the present overstock of pictures. 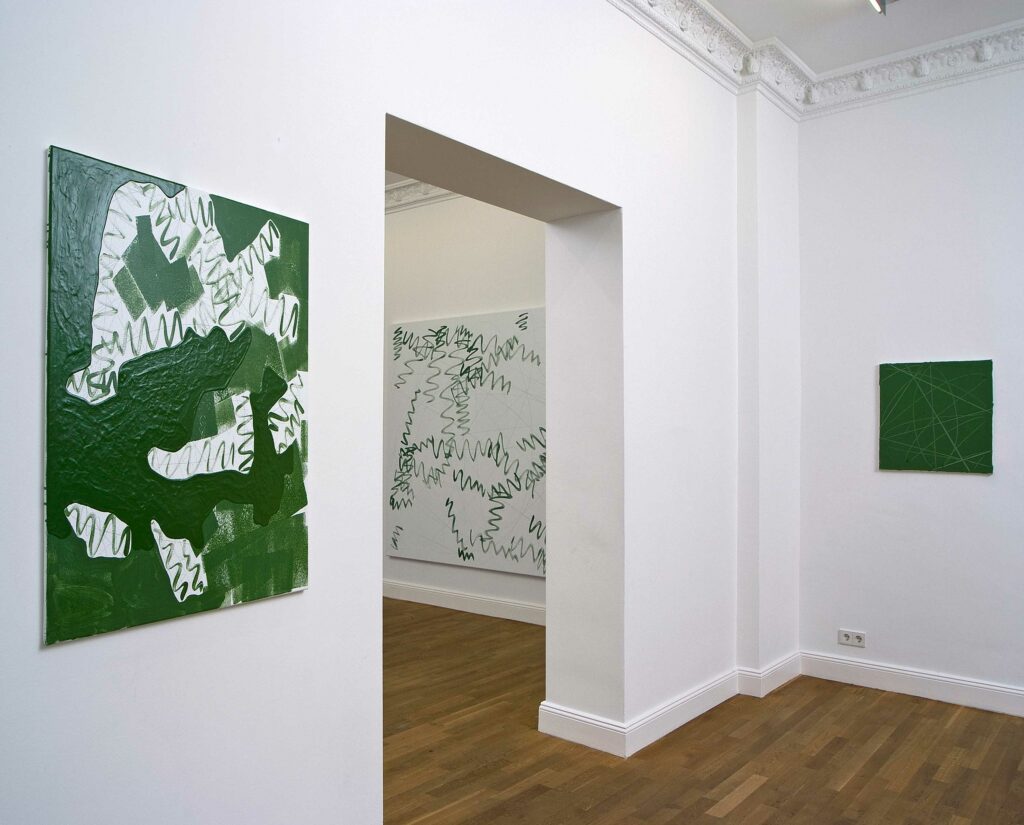 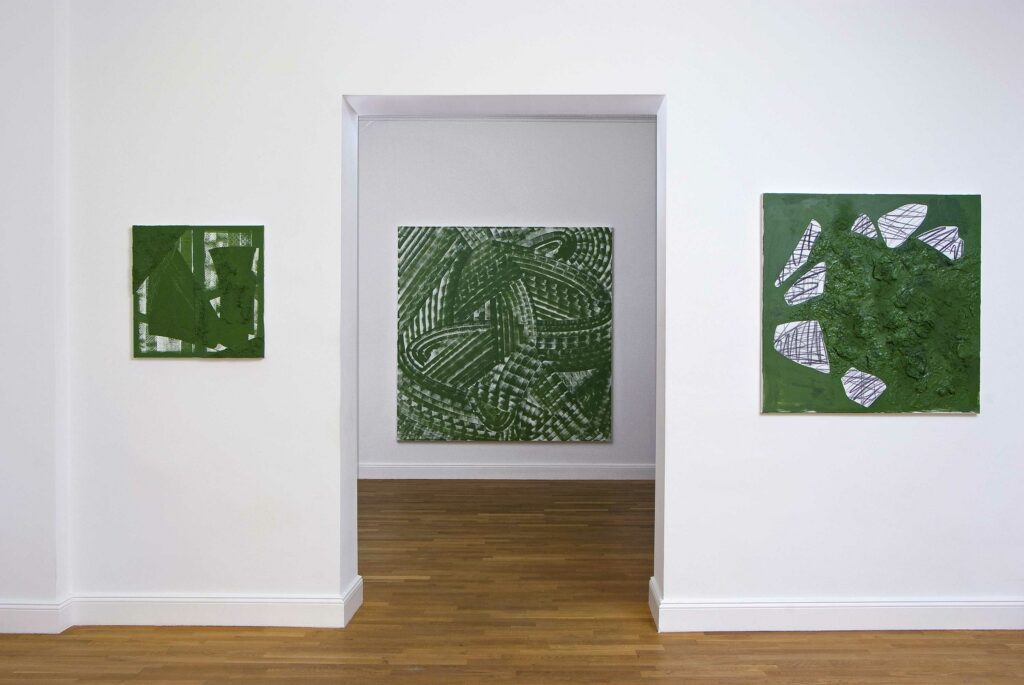 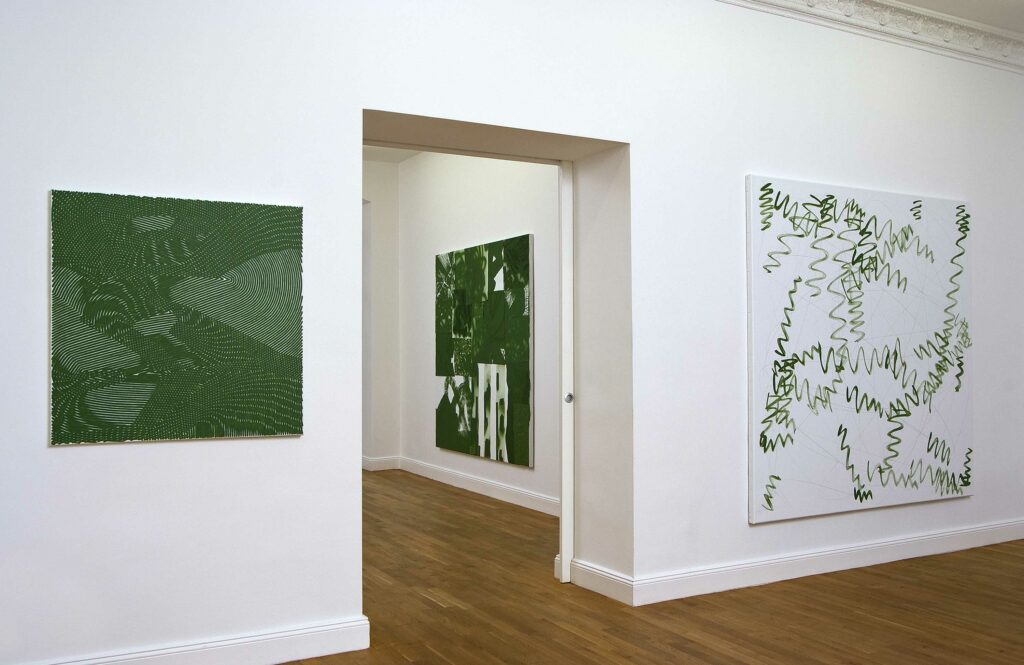 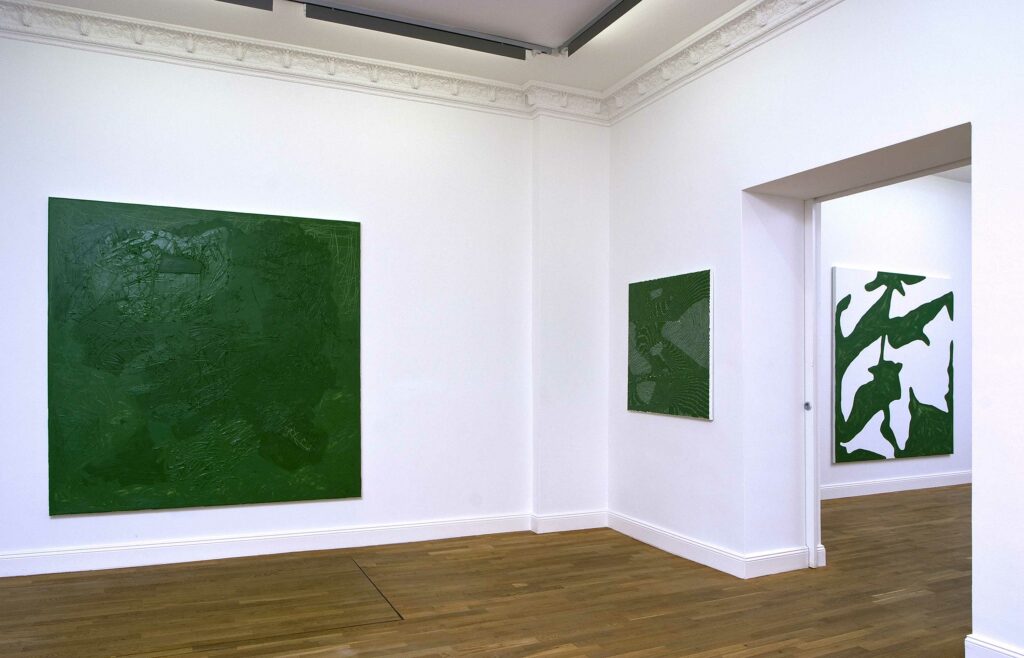 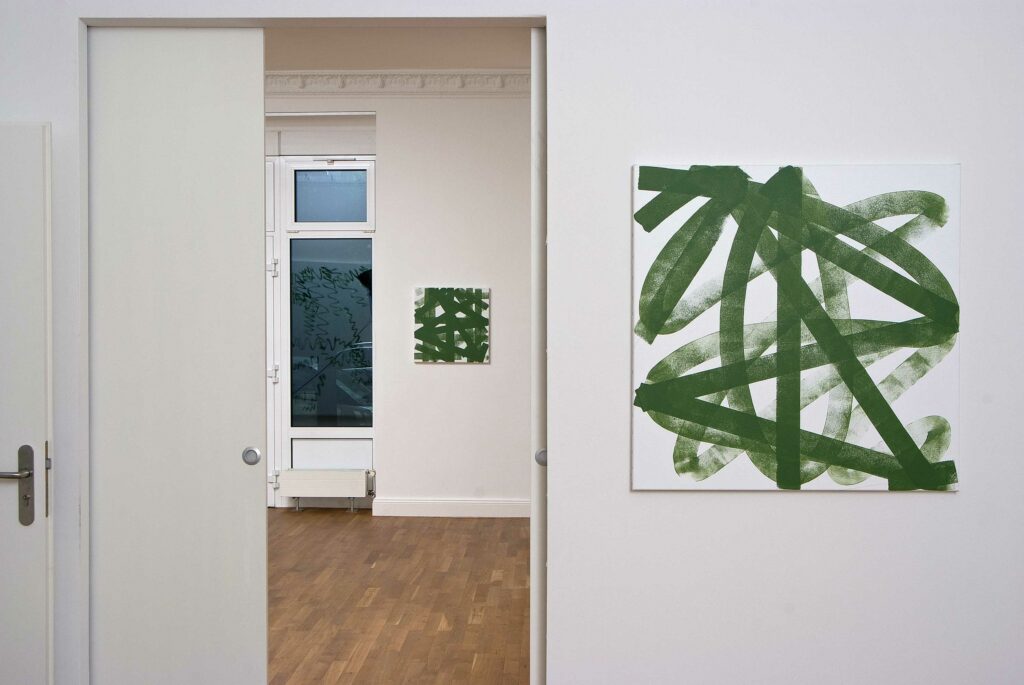 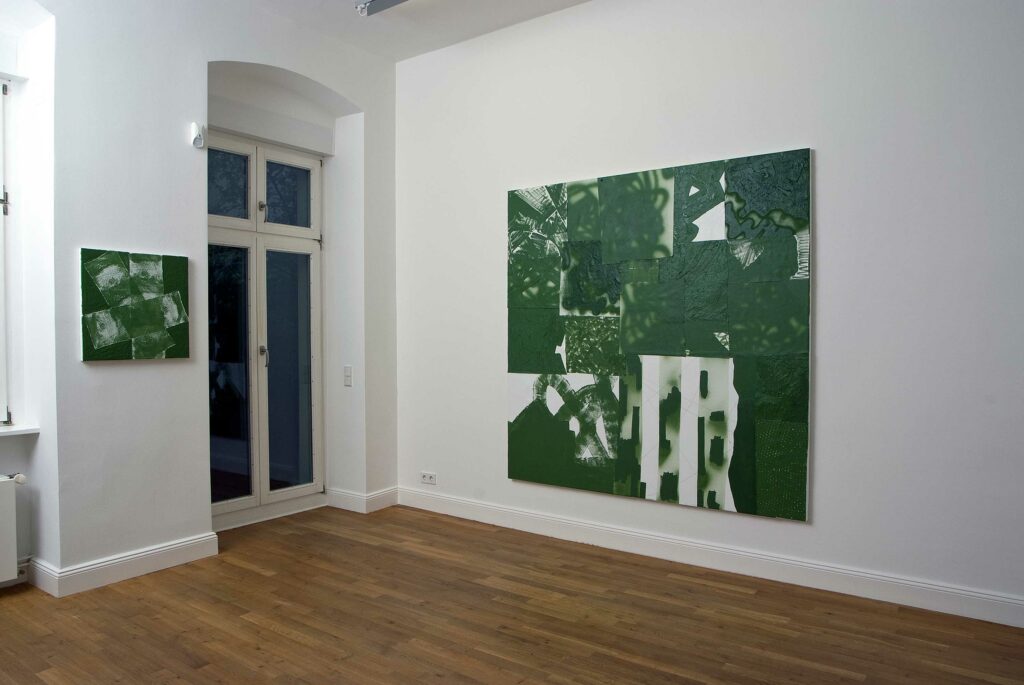 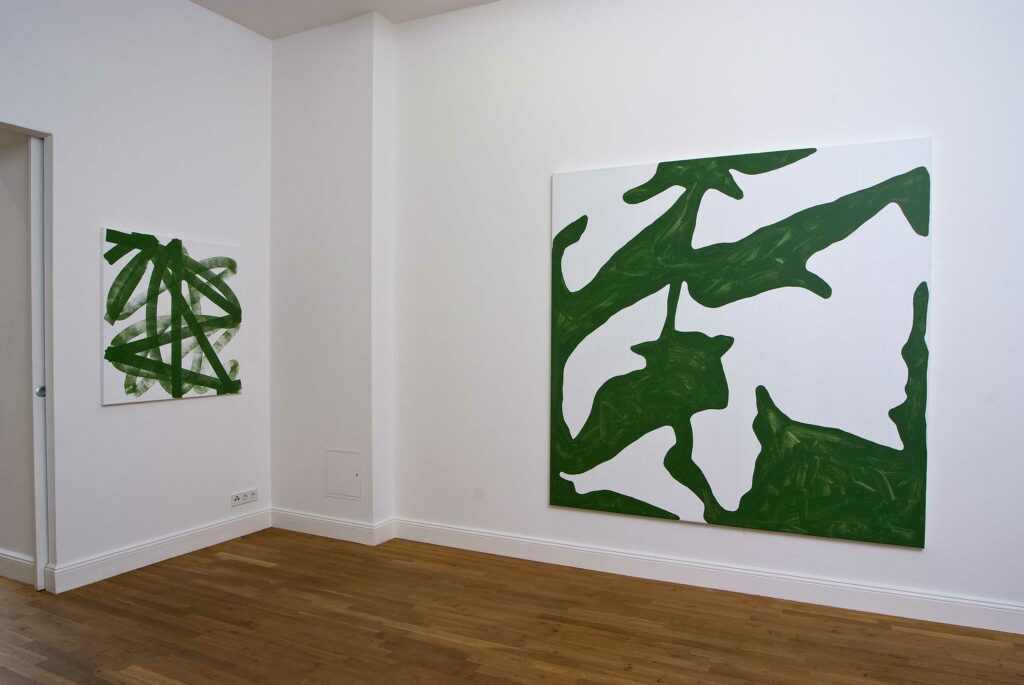 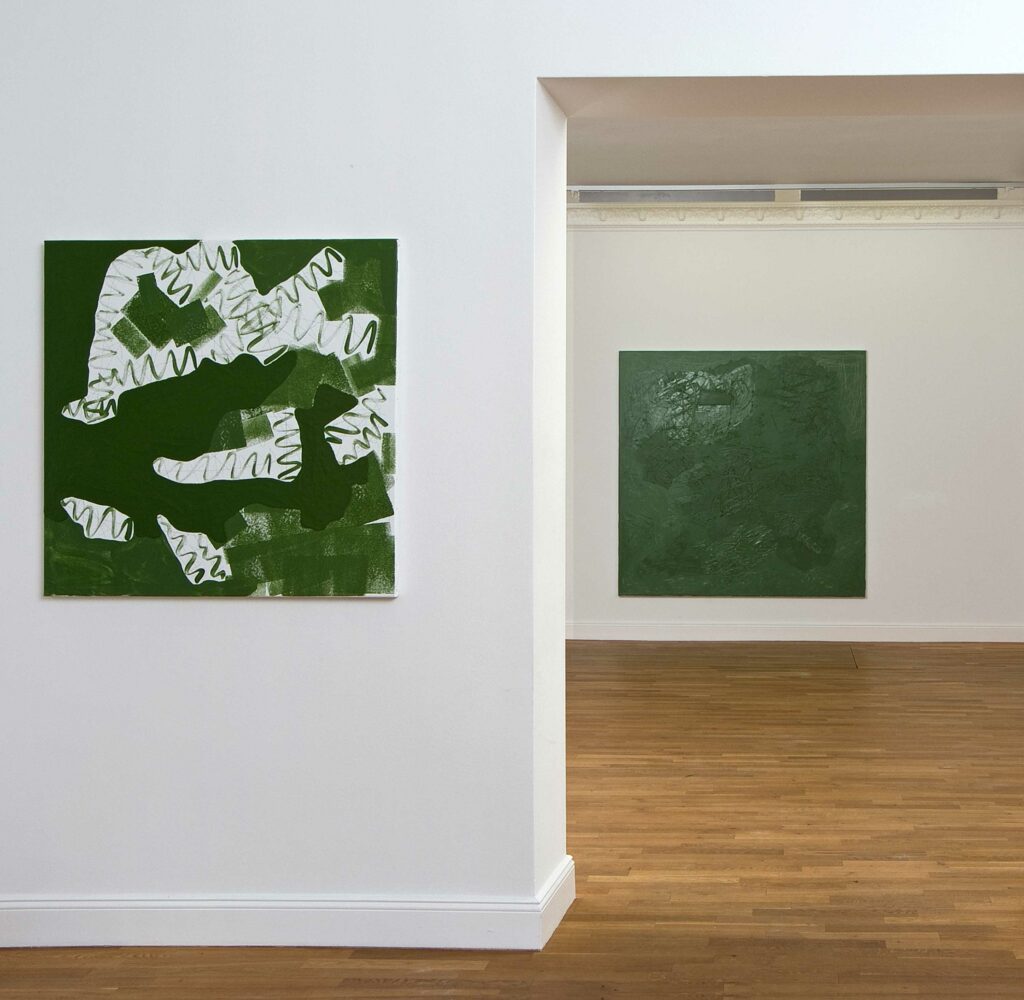