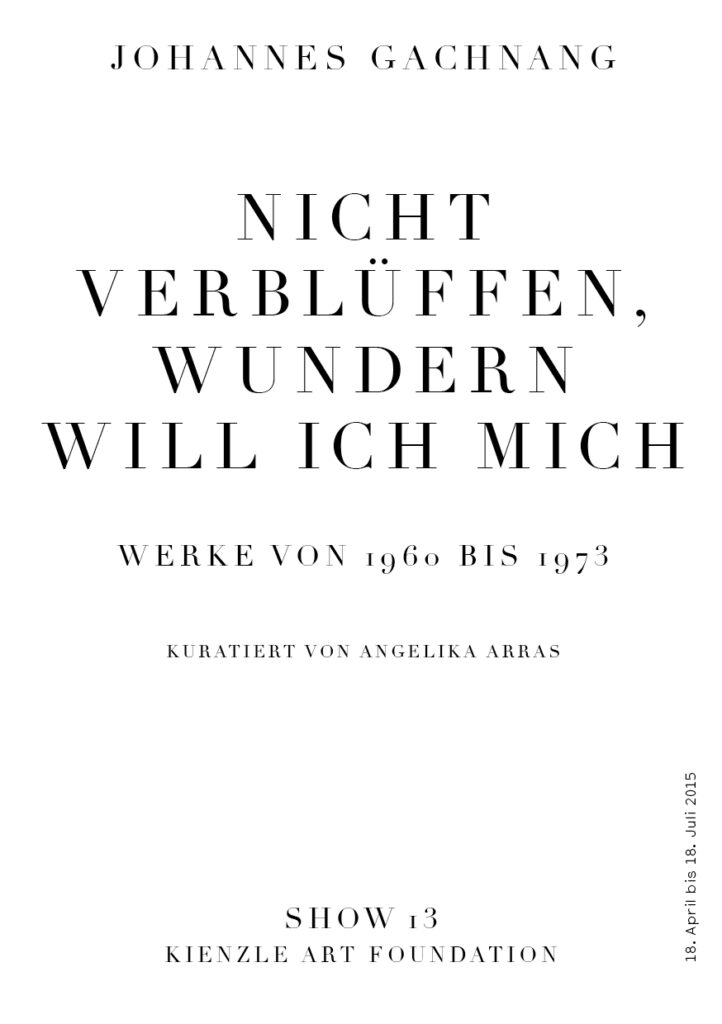 The Kienzle Art Foundation is excited to present the rarely exhibited graphic work of Johannes Gachnang (1939- 2005). Known in particular for his tenure as director of the Kunsthalle Bern and as a publisher, his artistic work has unfortunately long remained hidden. With this exhibition, curator Angelika Arras not only wishes to call attention to the Swiss artist, she would also like to give his graphic work its proper place in European art history. Gachnangʼs own artistic work served as an important foundation for everything that he would achieve later in his life and now, on the occasion of the tenth anniversary of his death, it can be discovered by the public for the first time again.

Inspired by the work of Paul Klee and WOLS, Johannes Gachnang began to produce his first etchings in 1960 in Paris. This was followed by his Berlin years as an apprentice in the studio of his teacher, the architect Hans Scharoun. In 1967, the Academy of Arts awarded him the Berlin Art Prize for his cycle of etchings “Die neue historische Architektur des J.G. frei nach Fischer von Erlach”. Further cycles would follow in Istanbul, Rome, Amsterdam and Zurich.

It was in these years that he struck up friendships with Georg Baselitz, Per Kirkeby, Jörg Immendorff, A. R. Penck, Günther Förg, Luciano Fabro, Gaston Chaissac, Meret Oppenheim and others, which would influence both his and their development. As director of the Kunsthalle Bern (1974 to 1982) and as a visionary trendsetter, he was known for his original and academic exhibitions and played a significant role fostering their careers. He was known for his original, unacademic exhibitions. His passion for art was also his focus in founding the “Gachnang & Springer” publishing house. Here the same motto applied as in the Kunsthalle: “Itʼs not about style, itʼs about mood.”

The exhibition “Nicht verblüffen, wundern will ich mich” traces an arc from Gachnangʼs first city sketches through art historical references all the way to contemporary art and poses questions on the future development of cities. Loans made available the works by Adolf Wölfli, Georg Baselitz, A. R. Penck and Wols, “collaborations” between Johanes Zechner and Johannes Gachnang as well as Gaspare O. Melcherʼs “Hommage à J. G.” and Balthasar Burkhardʼs “Mexico City” complete the picture. As such, the exhibition also provides insight into the friendships and artistic collaborations that were so important for Gachnang as an artist. The exhibited pages from the portfolio “Lʼunivers de la faute – Sechs Briefe an Freunde” are intended as an homage to his artist friends and treat his involvement with their work and their engagement with his own: Gachnangʼs etching serves here as a basis and is overlaid with a further print in the style of his artist friends. All of this adds up to a detailed look at the work of Johannes Gachnang and a celebration of his life-long involvement with the medium of printed graphic work.  The current perspective for the position and significance of printed graphic work in todayʼs art world would please Johannes Gachnang. Indeed, his etchings were also produced out of a concern for the imminent disappearance of the craft and the loss of the historical tradition behind these techniques. It would be very gratifying if this homage to Johannes Gachnang could also serve as an inspiration to explore the potential of a fusion of this traditional artistic expression with contemporary innovative possibilities, themes and positions. 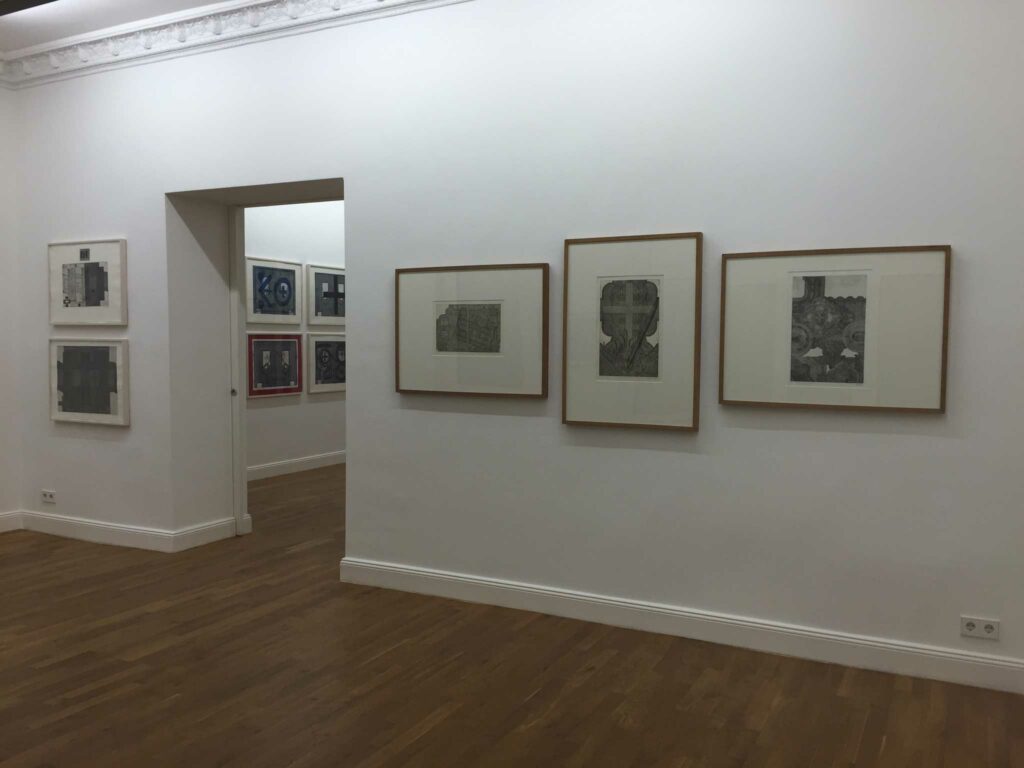 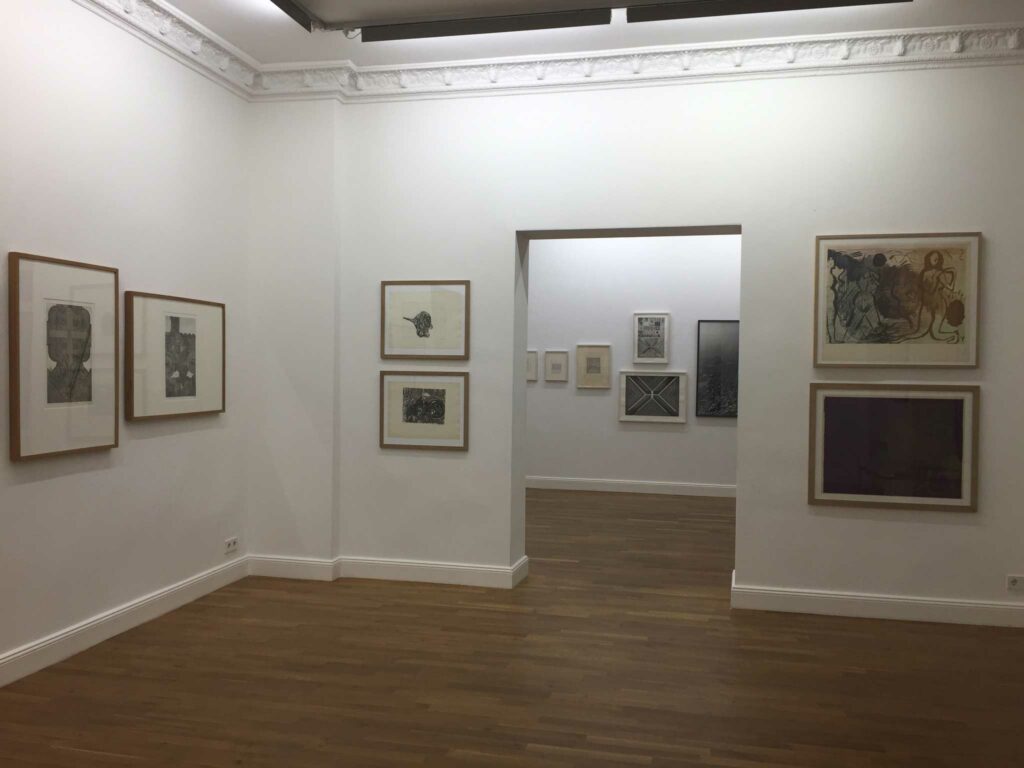 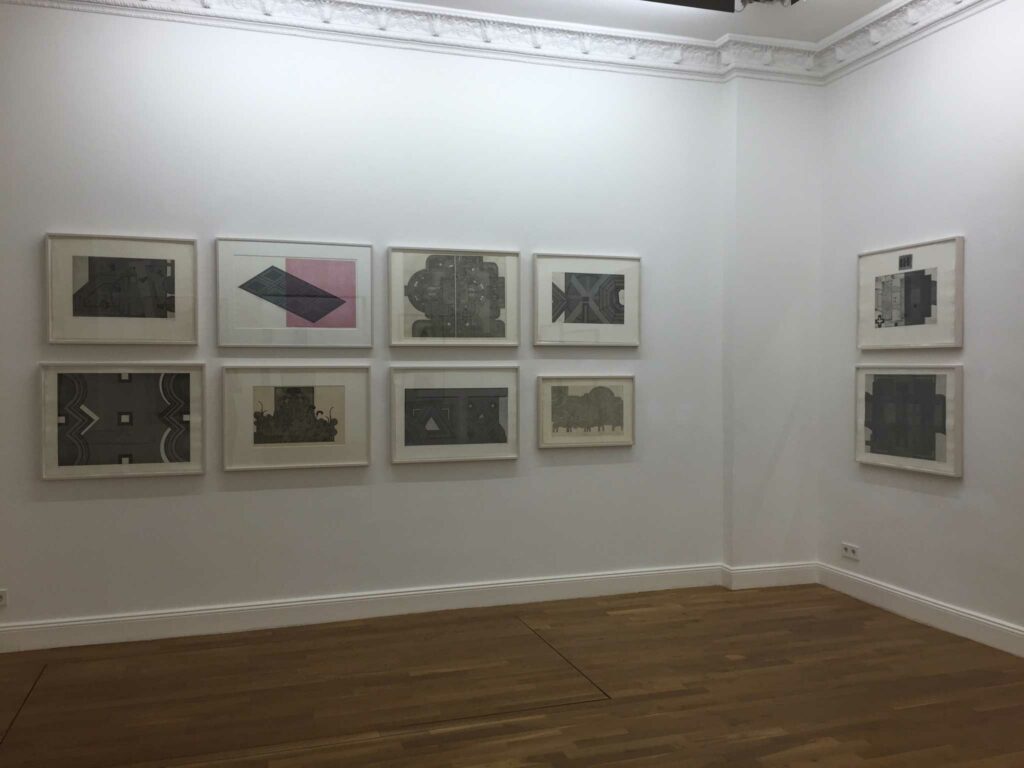 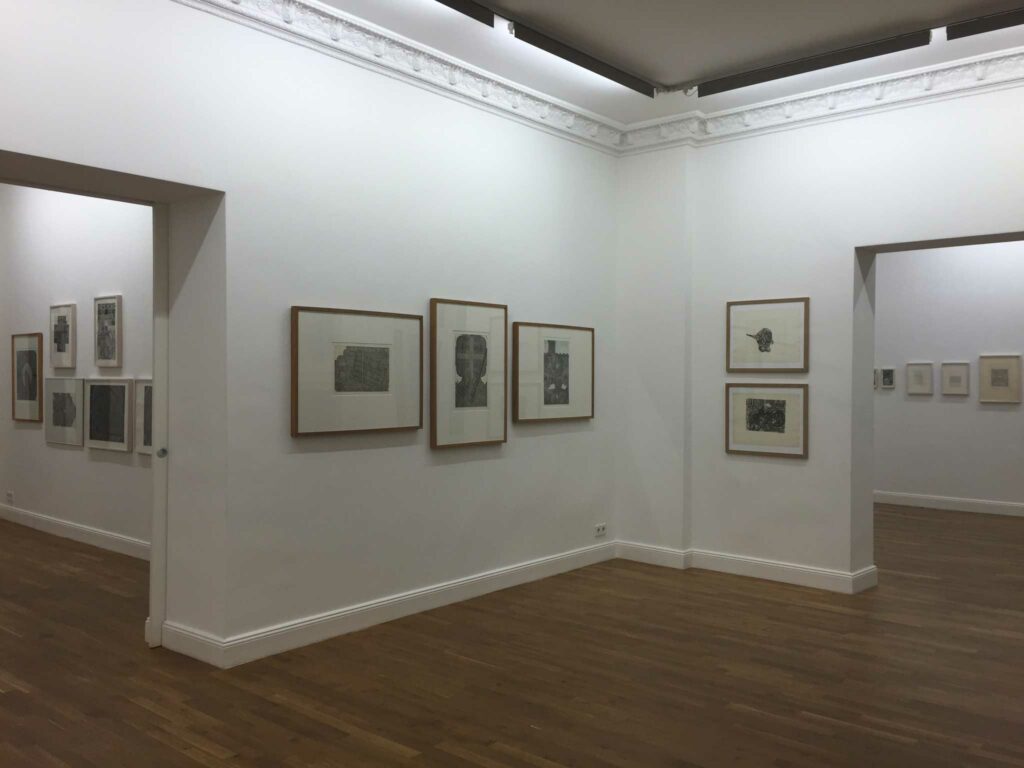 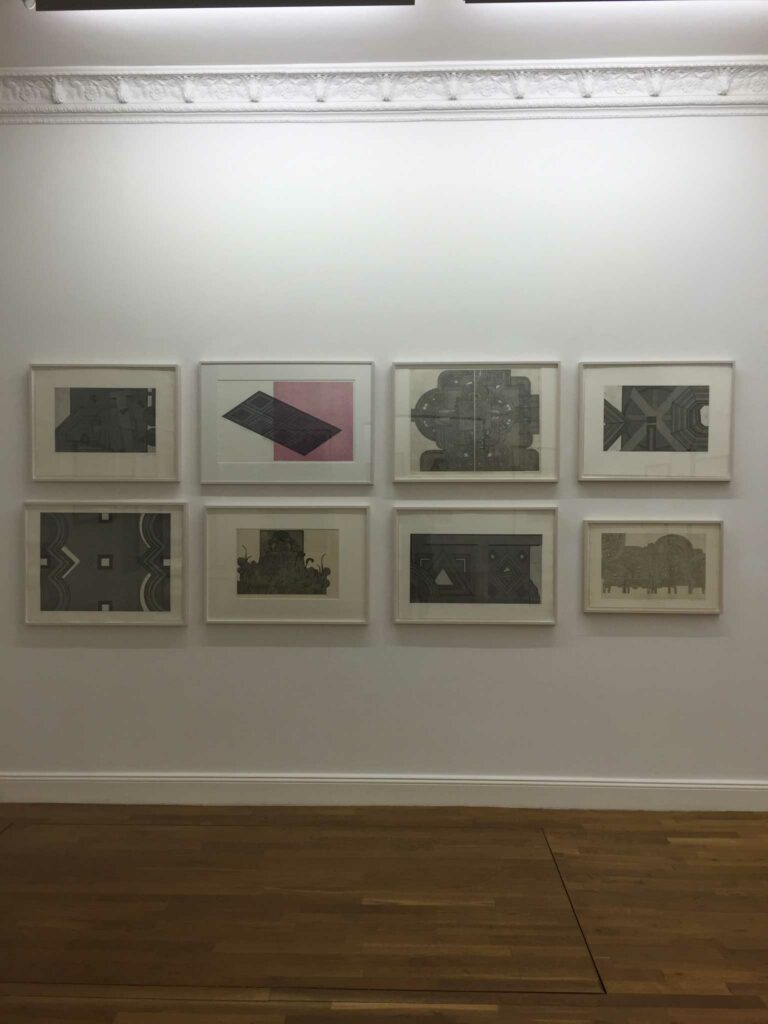 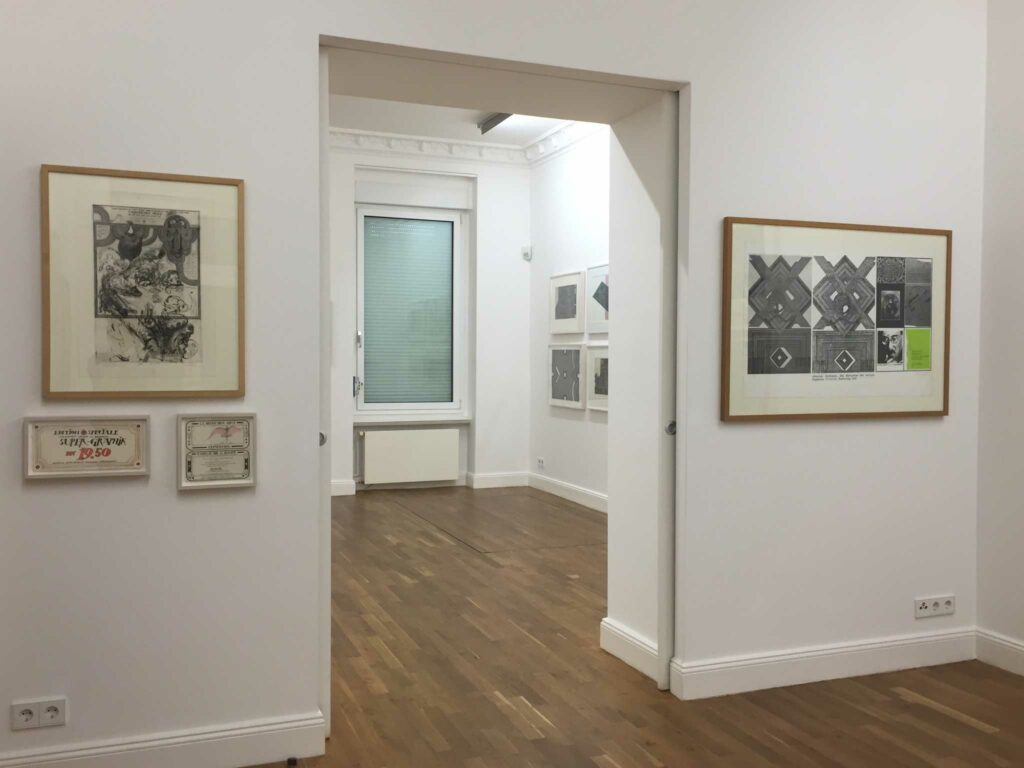 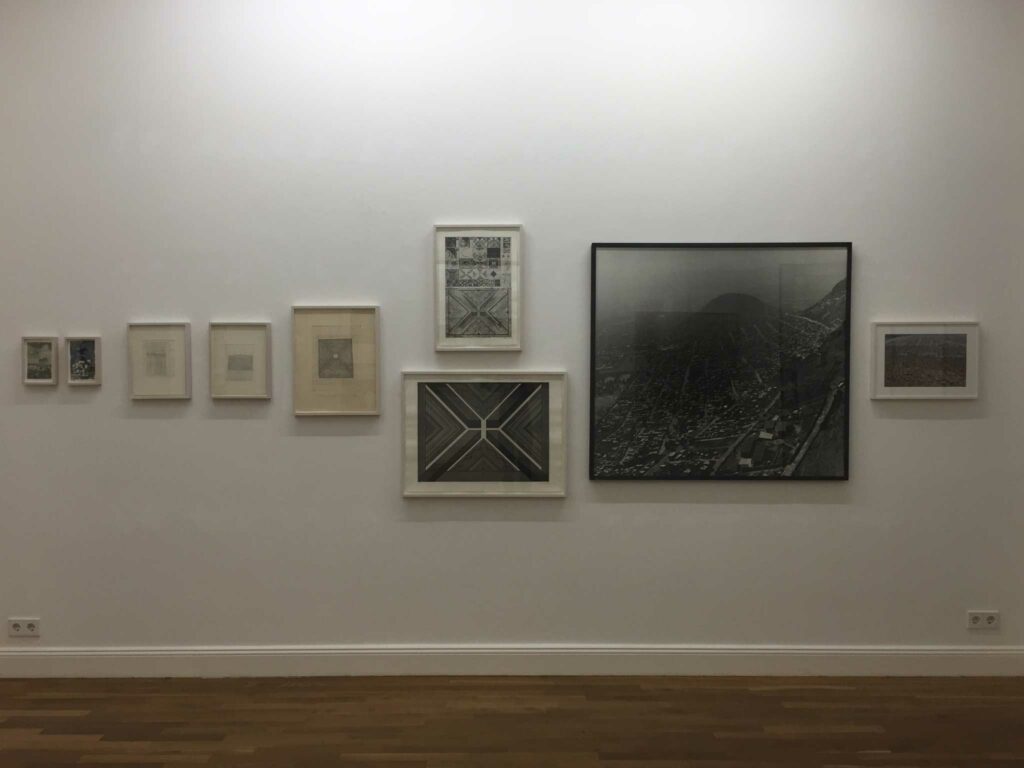 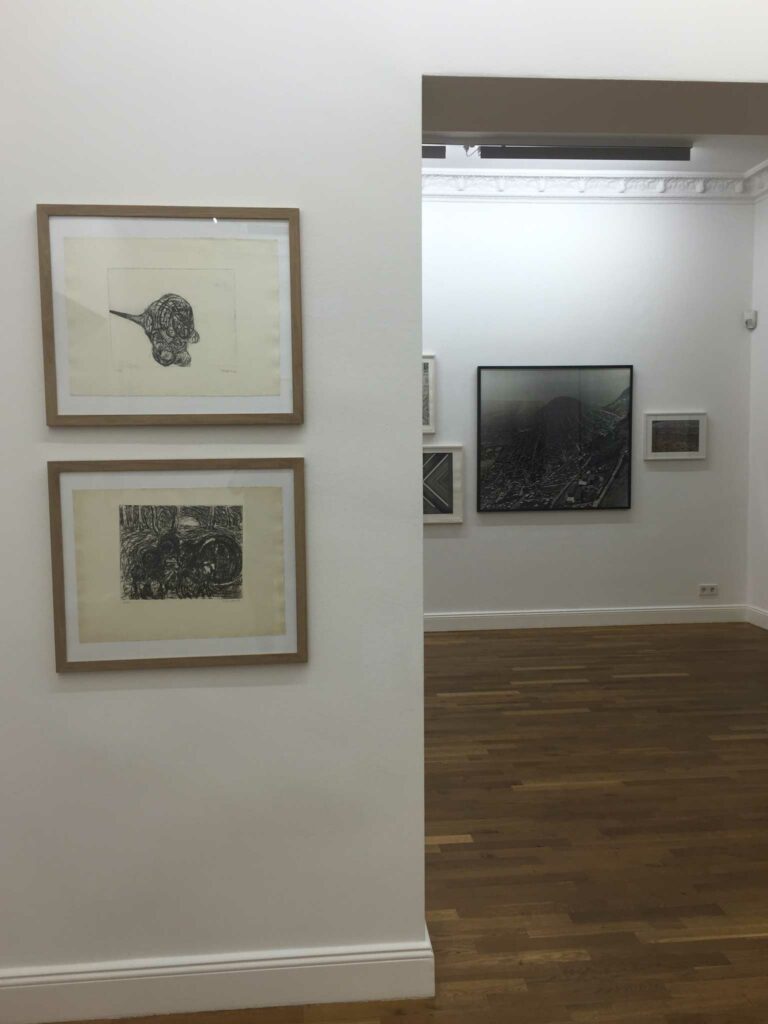 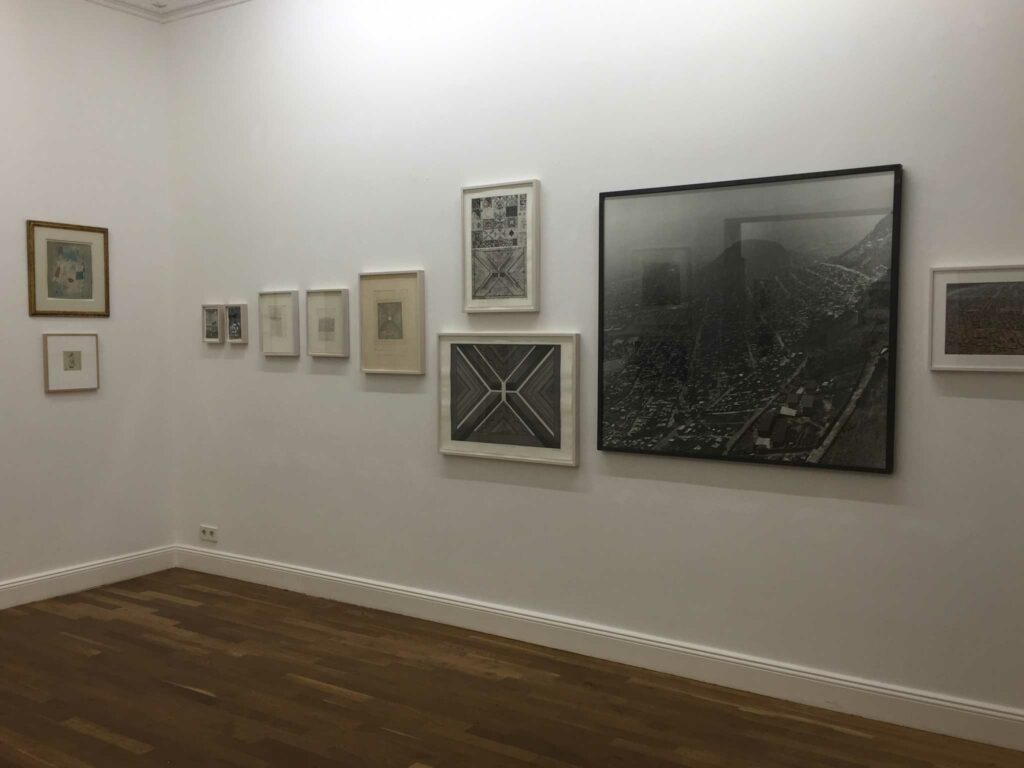 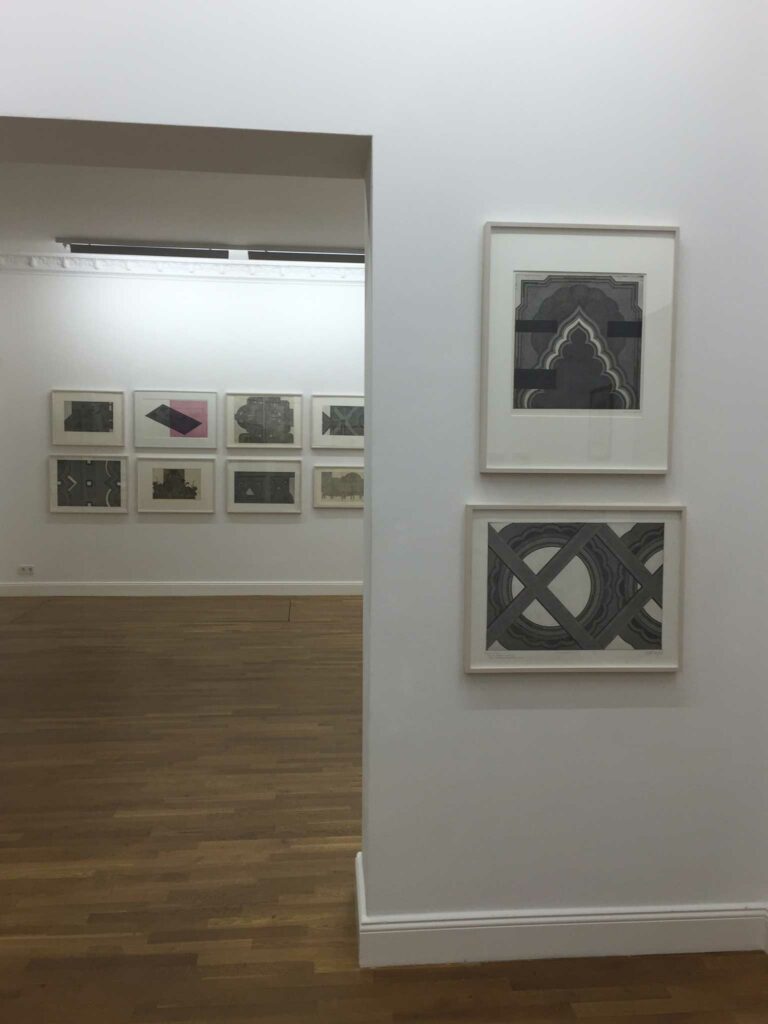 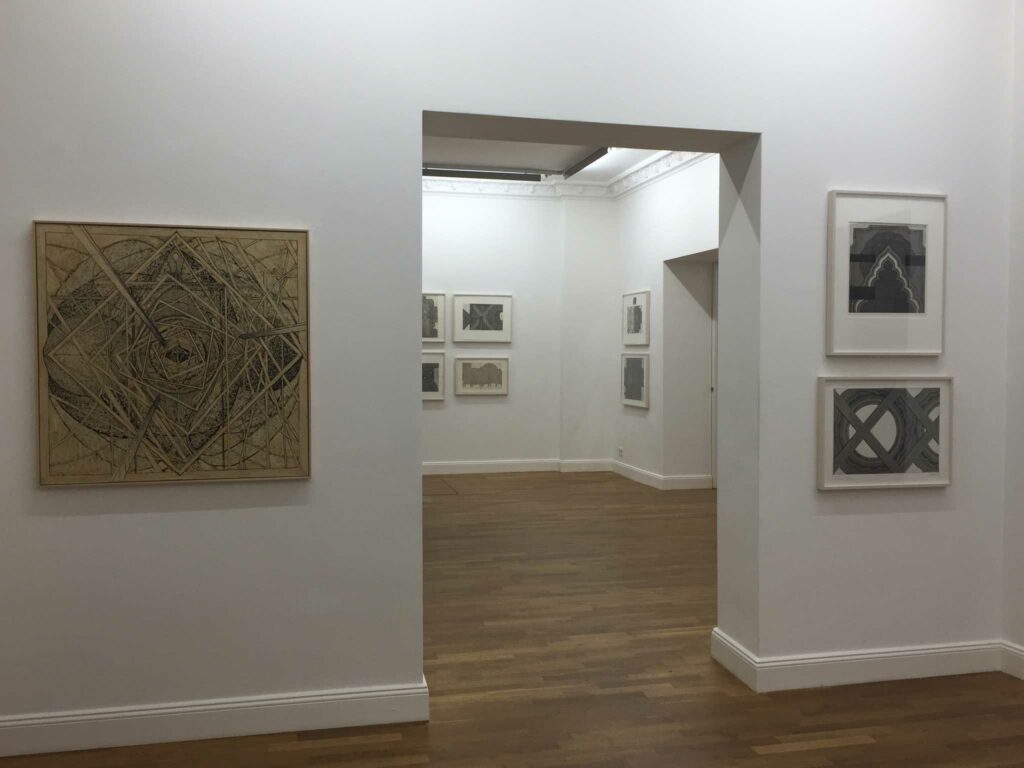 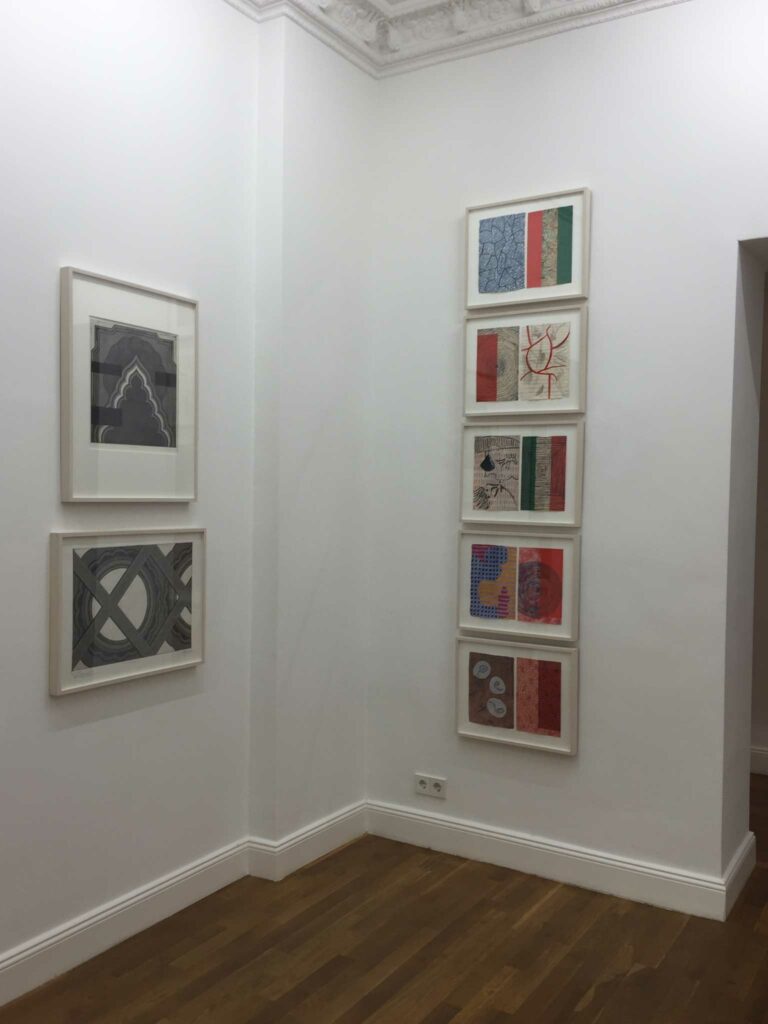