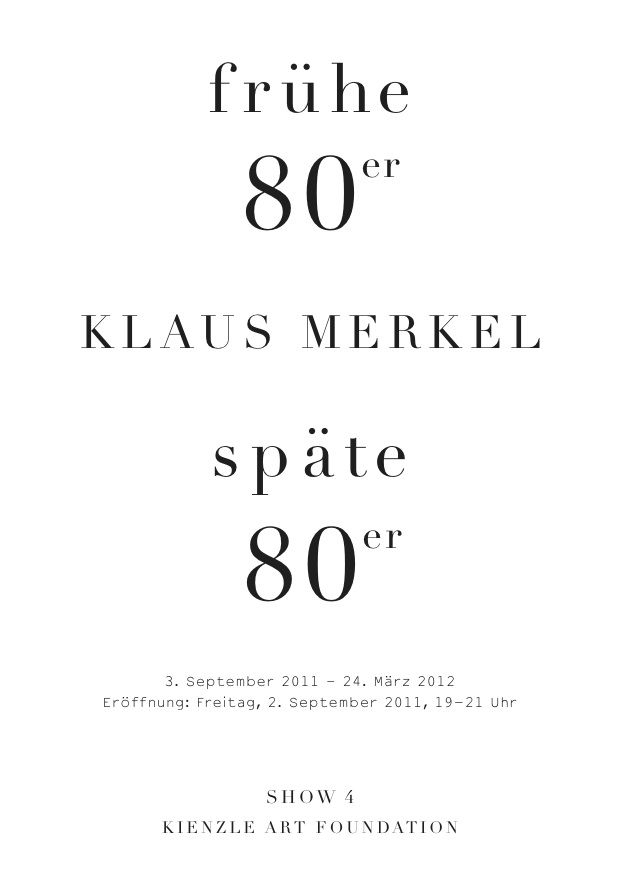 In retrospect, looking at the 1980s facilitates a clarification and a more concise insight into how the protagonists of the day conceived their oeuvre. At the time, Klaus Merkel suggested a definition of painting that soon turned out to be a “special path” with a valid statement. The latter formed the basis for the increasingly differentiated strategies of his work.

In the early 1980s, Merkel’s paintings were primarily dominated by a grey “Southern German Palette” whose motives were based entirely on a sparse painting process with linear excerpts. Cluster-like arrangements formed ensembles filling entire walls. Picture and object were dealt with on one plane. In his 1984 essay Markus Brüderlin referred to Merkel’s current painting as a tool kit wherein the picture surface is comparable to a topographically thick ocean underscoring the preliminary character of the works. He pointed out that the formats took as their point of reference their handiness vis-à-vis a physical counterpart, especially in such instances where his head-high stele pictures insinuated directly anthropomorphic proportions and scales. (1)

In the mid-80s the artist, by now in his mid-thirties, changed the mode of conceiving his oeuvre into a system-building, discursive type of painting. Its main characteristics were serial motif-types, standardized, ‘loud’ colors, and an unusual selection of formats. A type of painting that—while insisting on its sensuality—was also intent on demonstrating the dismantling of painting’s canon of values. Klaus Merkel confirmed the end of his early work phase by exhibiting his ensembles in extreme ways. He then went on to emphasize the complex interdependencies between the individual panel and the conditions of its presentation. Perpetuating the latter as painting motifs, they define his oeuvre to this day. (2)

Both phases of these heterogeneous painting concepts will be assembled in the upcoming exhibition Klaus Merkel / early 1980s / late 1980s.

This is the first time that the Kienzle Art Foundation will present, in tandem with the artist, a selection of works as conglomerate and condensate drawn from the foundation’s holdings as well as other public and private loans.

(2) “A picture no longer generates itself. It is crucial to paint the context in which it appears as well. These types of pursuit did subsequently simply lead me to find different solutions for my pictures and also different solutions for exhibiting them (…).” Klaus Merkel in: Gestelle geschoben, Gespräch mit Stephan Berg und Klaus Merkel, Hannover 2002, Heinrich Schmidt GmbH (eds.), Ludwigsburg, 2003, p. 43 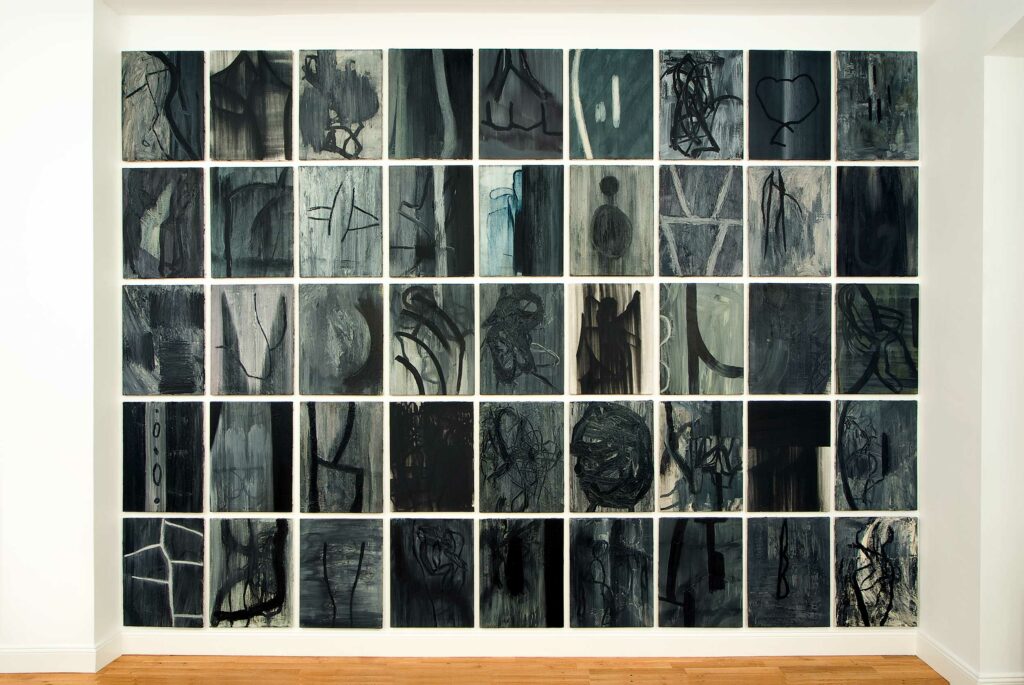 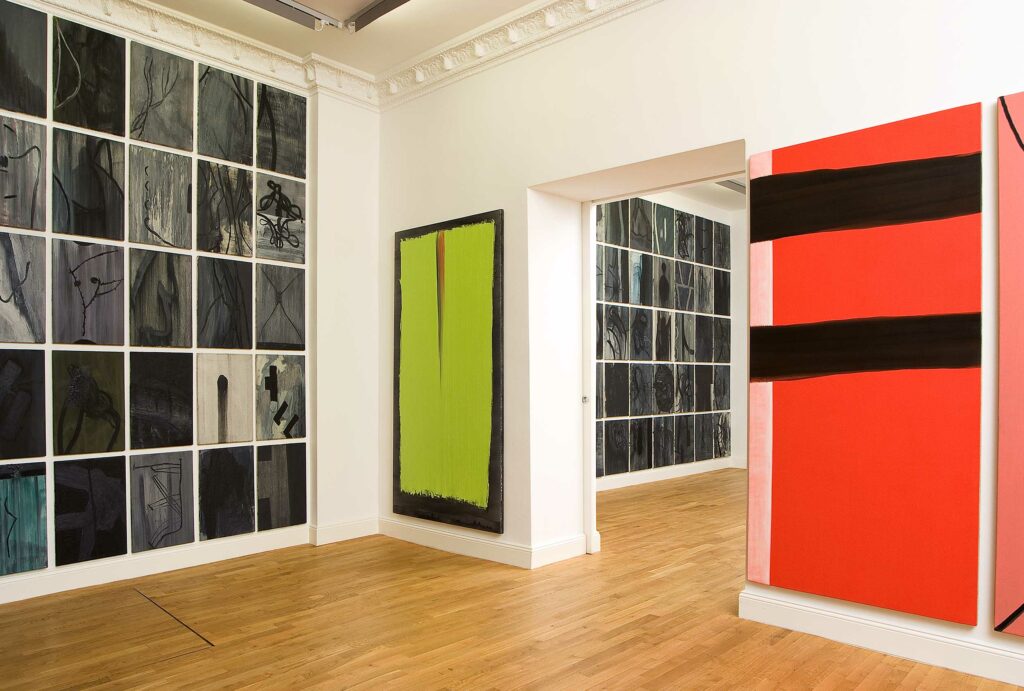 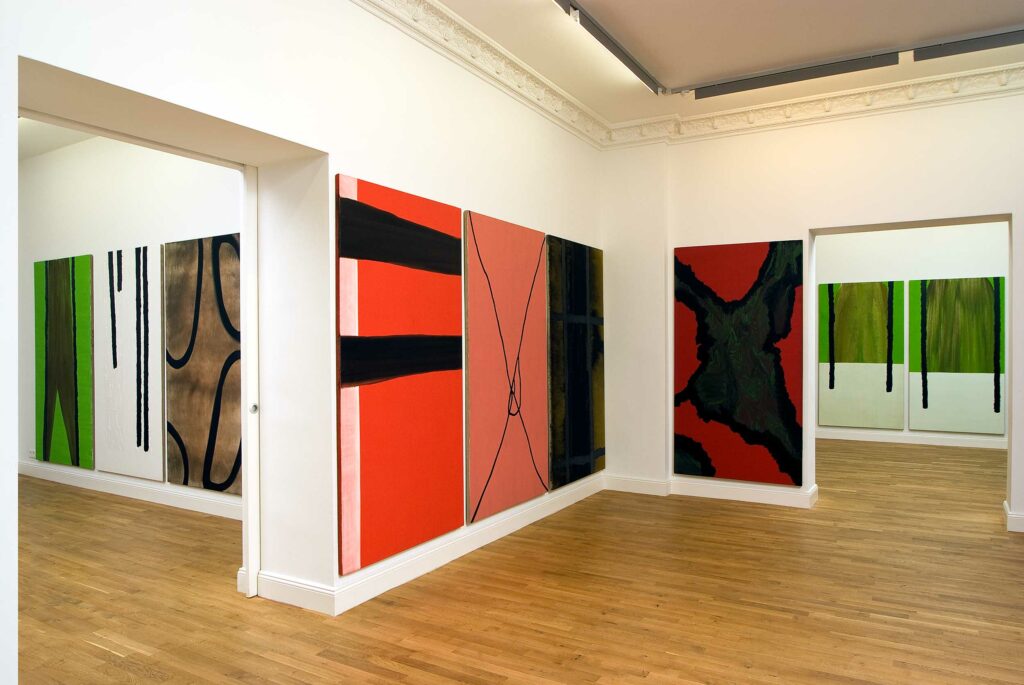 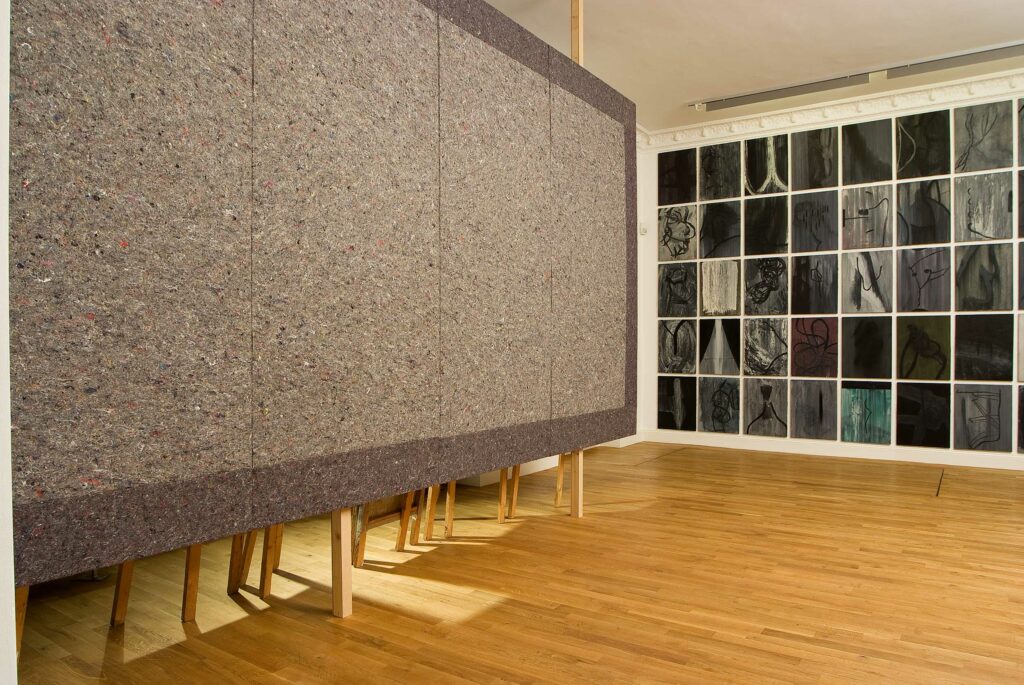 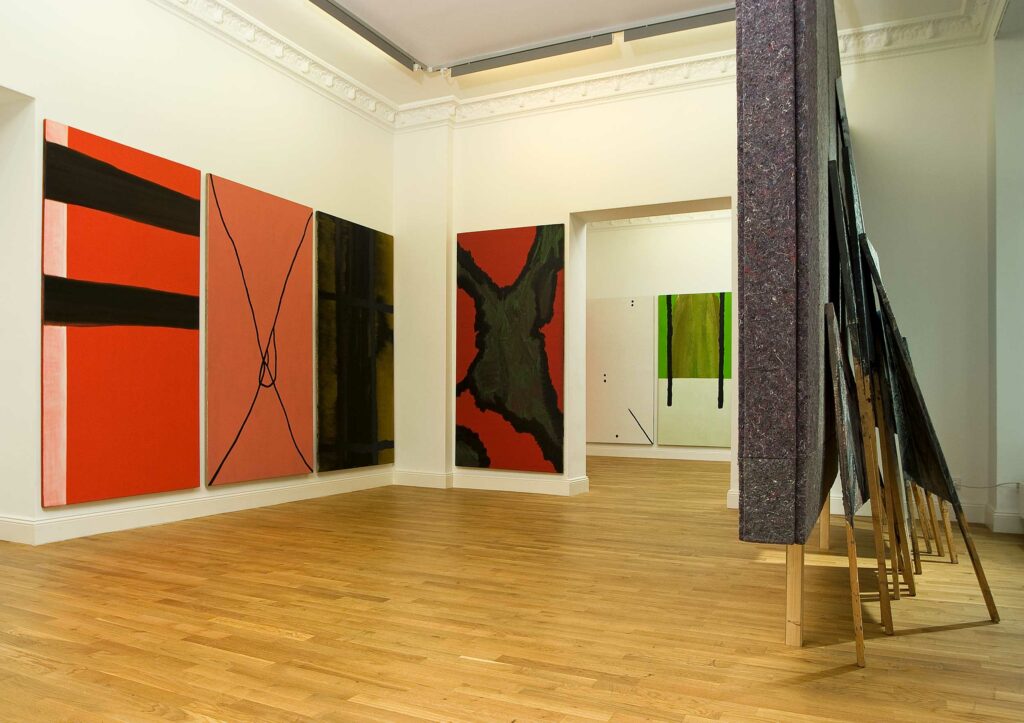 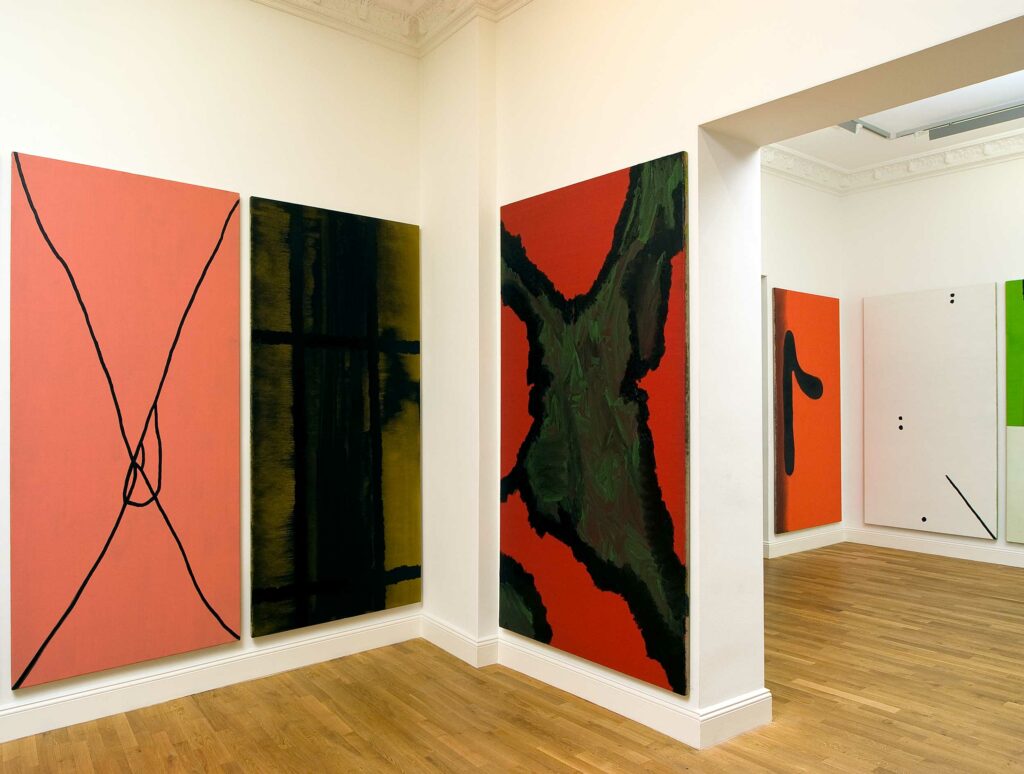 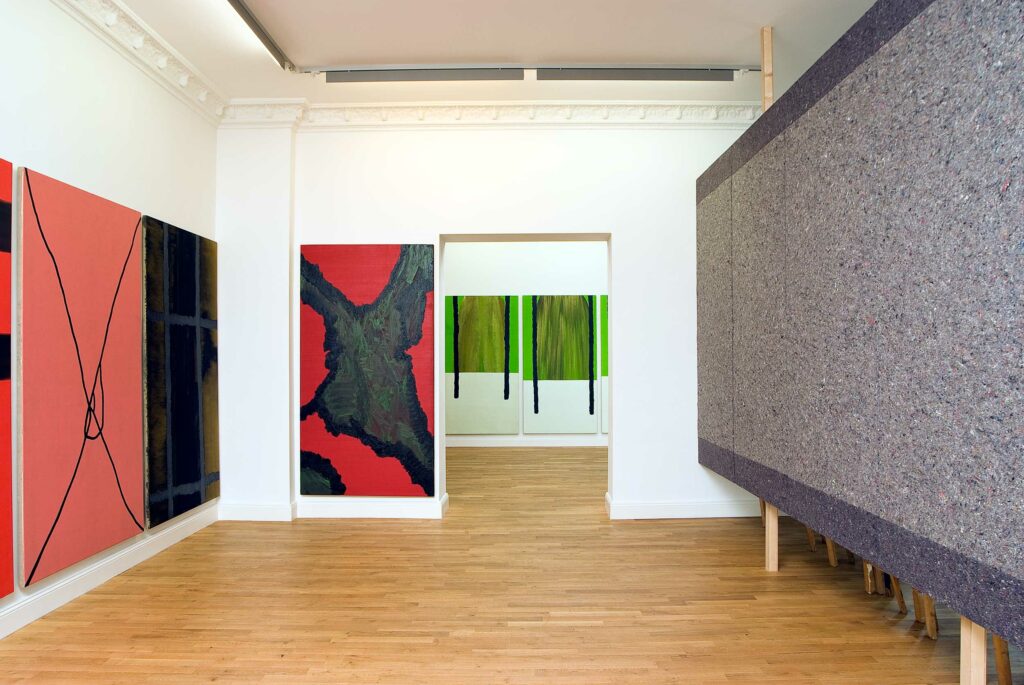 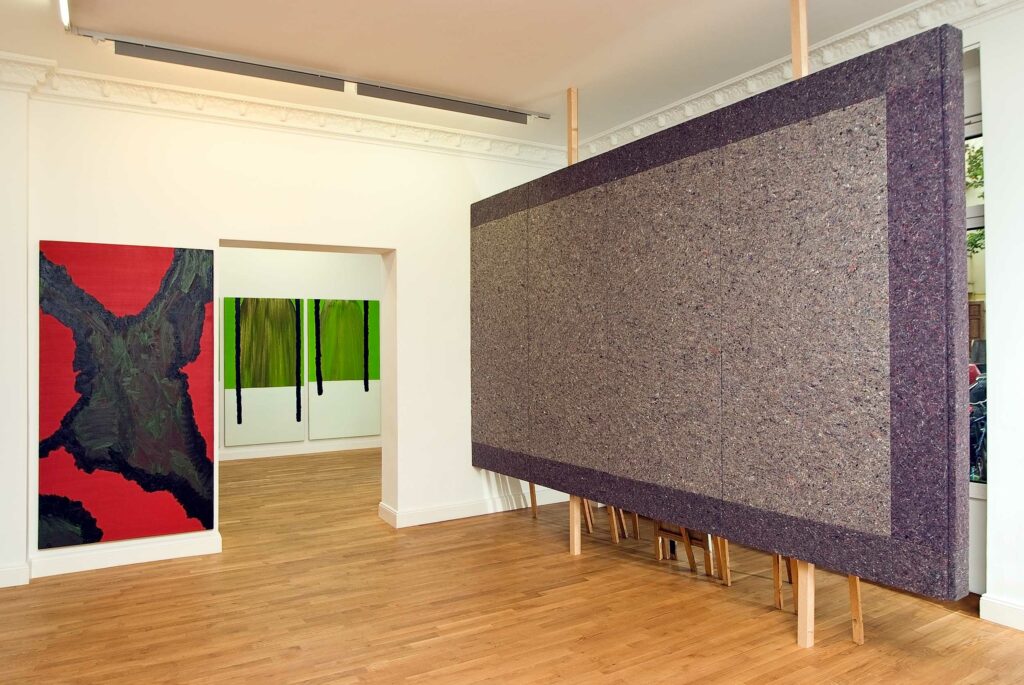 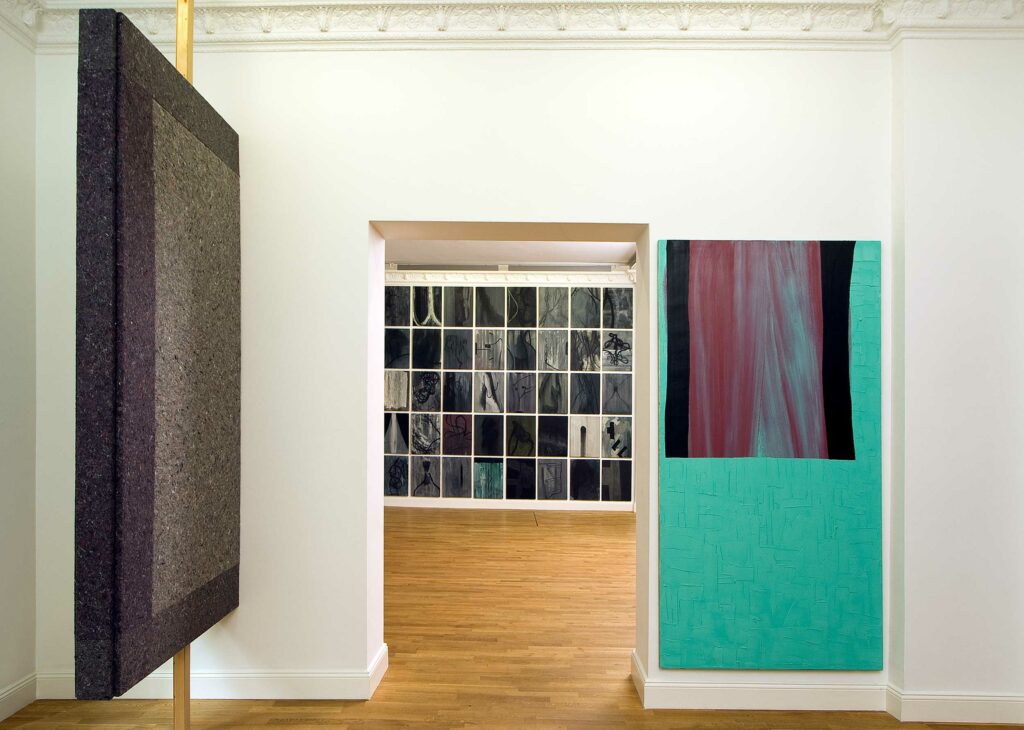 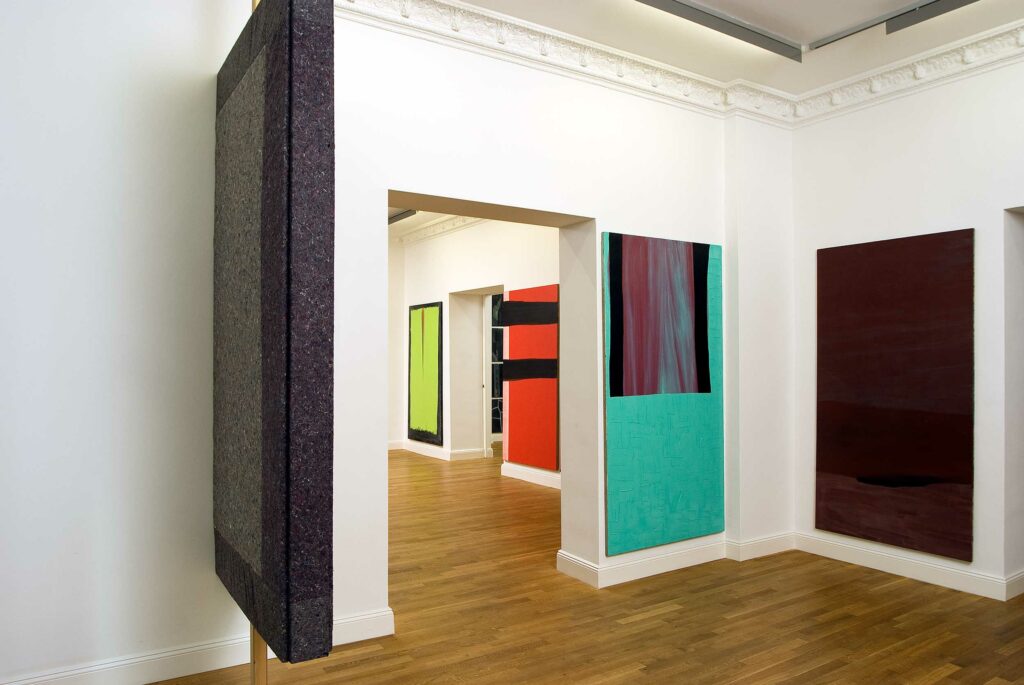 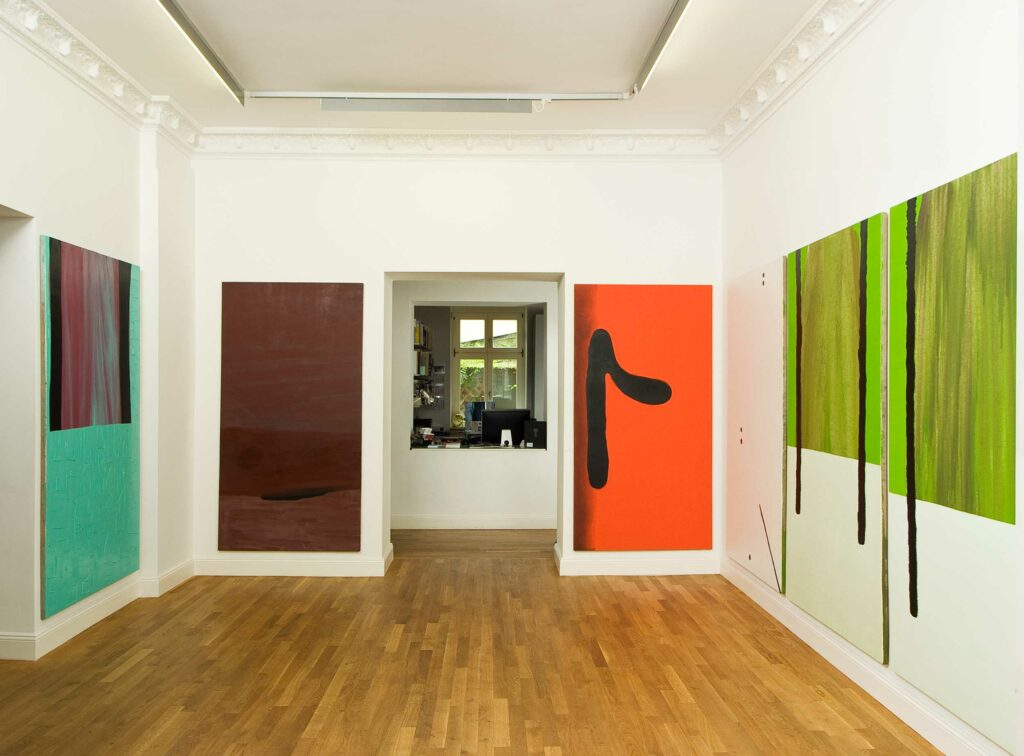 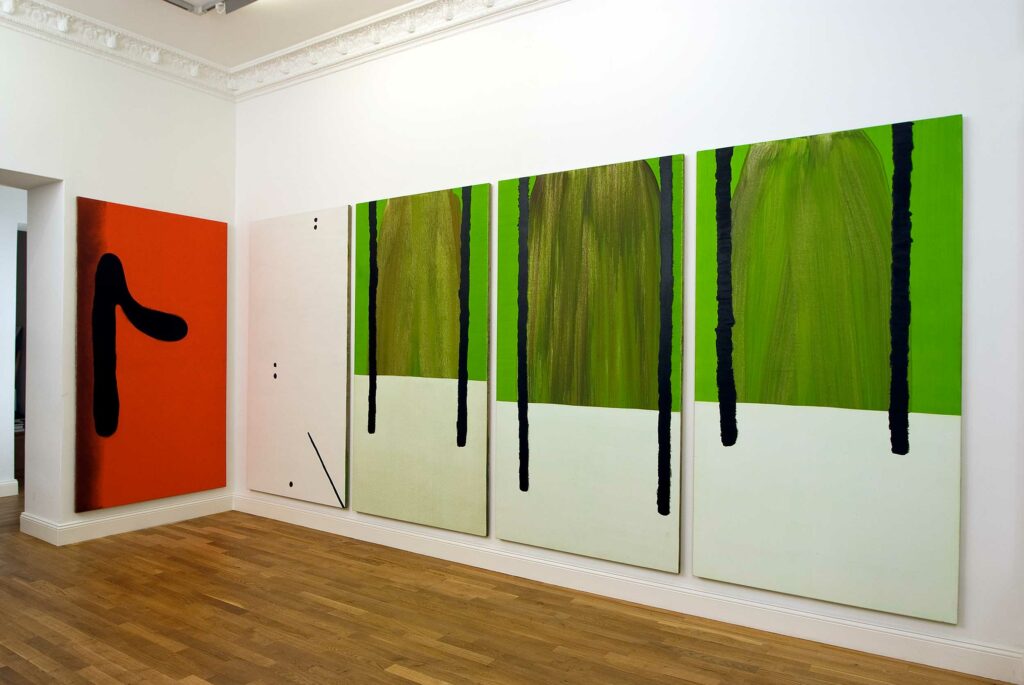 Video – Interview on the show at Art-in-Berlin