The Galerie Kienzle & Gmeiner is opening a solo exhibition of drawings, photographic works, paintings and texts by Josef Kramhöller. Resident in London since 1994, it is his first solo exhibition in Germany.
The exhibition contains three paintings from early 2000, a selection of drawings, a photographic series from 1995 and a bound collection of material entitled The Lord drinks with the Cook in the kitchen, which has been continually added to and reworked since 1995. Accompanying the exhibition is a new edition of Josef Kramhöller’s book Genuss Luxus Stil (Relish Luxury Style), published last year, of his collected texts of the past decade.

The variety of media – Kramhöller also works in performance and video – stands in contrast to a unity of artistic content. A noticeable aspect of Kramhöller’s production is an almost spell-like repetition of motifs. The numerous sketches of social situations and exhibition openings, or from his performances, or the portrait of Clara Schumann, for example, from the hundred-mark note, are a motivic thread throughout his recent work.

The sketches and paintings have the informal, gesticulatory and sometimes expressive style of the Munich Academy. Kramhöller obviously consciously retained this familiar artistic practice even after his work had undergone a much more conceptual and experimental development. The impression is given of such influences being kept visible as part of the artist’s biography and as a repeated point of reference. This is particularly noticeable in the most recent, large-format works, painted with great virtuosity with subject matter from Kramhöller’s performances. The confrontation of his former identity as a painter with his current textual and performance works raises questions as to the possibilities and boundaries of a style of painting, and does so not as a cool experiment but from within an identification with the medium that was his initial defining construct as an artist.

The extension of performance into other media – between preceding sketch and documentation; between draft and permanent reworking – continues in the photographic series of the artist’s fingerprints on luxury shop windows. How to colonise colonised spaces? How do your dreams picture revolution? (J.K.) Since the early 1990s the conditions for artistic production have been considerably aggravated, a situation that Josef Kramhöller experienced as a period of new departures, and which found very concrete form in the Munich Art Association under the direction of Helmut Draxler. In a number of group projects Kramhöller augmented the analytic-conceptual approach prevalent here with his own work. In varied but conceptually interwoven media, he devised a poetic project – a possible definition of a method in which a concern for art and politics adheres to a decided non-pragmatism dedicated to exploring the boundaries of the possible.

Josef Kramhöller died in May this year in London. The exhibition was organised by Fabienne Audéoud, Thomas Helbig, Axel John Wieder and Amelie von Wulfen. 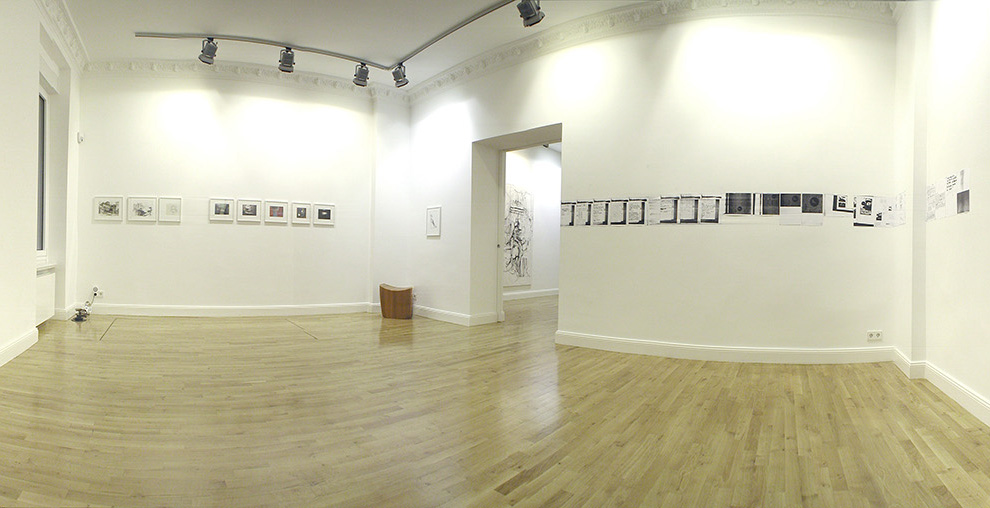