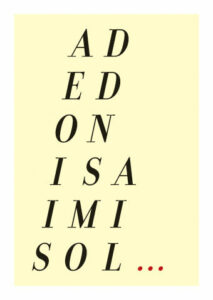 In Matthew Barney’s film Cremaster 3: The Order, Richard Serra repeats a famous work from the late 1960s, Castings, in which he slung molten lead in the rotunda of the Guggenheim Museum in New York, but now used Vaseline instead. It says as much about Serra’s correction of his own place in the art world today as about Barney’s understanding of art, engaging his father-figure sculpture from the late twentieth century as an actor whom he has play the role of “Serra.”

Since the early 1980s Marcus Neufanger has visited several thousand solo exhibitions in Germany, Italy, Belgium, Holland, Austria, and Switzerland and produced a collection of postcard drawings that recall invitation cards. He calls exhibition spaces, art societies, galleries, and museums his “atelier.” (1) The “artist’s mask” in the art world is his “personnel.” Celebrities or Heroes’ Party are among the titles of his extensive portfolios of drawings that cover the walls of his exhibitions.

Kippenberger, for example, McCarthy, Warhol, Sturtevant, Nauman, Duchamp, Beuys, Meese, Franz Erhardt Walther, Rodney Graham, and Dieter Roth are all artists who also exhibit themselves in the art world as personalities, who have sketched a very precise image of their role that they have incorporated into their respective oeuvre and sold along with it. Artists as “trademarks,” writing, posing, are assembled in the block in Marcus Neufanger’s new works; in it they take up a space on an imaginary stage, form unfamiliar assemblies and constructed conspiracies. They are now aesthetic unities within the meaning of his laws. In these serial wall formations of “artist portraits,” Neufanger equates the cliché of the role and the star cult. In his series of drawings he transforms the habit and eccentricity of artists’ self-portraits and casts an ordering gaze on the art world and membership in the scene.

In formal terms, his works are always sets. From the numerous patterns books that Neufanger produces as pocketbook sketches at the beginning of his series of “artists’ portraits,” he generates the same “characters” again and again. This results in groups of contraries produced by completely different artistic means, distinguished and reconnected by applying other colors. Drawn/painted with pastels—colors that he has mastered completely and deliberately chooses to articulate his stencil-like “models.” New connections with the same “artist material.” Repetition as principle, works to order, designs for every new stages for other exhibitions that formalize the acting and the action of the artist’s life in the block of images. “His own context? In Marcus Neufanger’s work it always emerges obsessively. As a Pantheon . . . repeatedly oscillating freely between color, degree of stylization, Art Brut, and moodiness.” (2)

I am still curating was the title of an exhibition in 1996. In 1994, together with Ute Meta Bauer, he created a “reading room” in Vienna. He presented the “best exhibition” in 1995 at the Oberwelt e.V. in Stuttgart. Since 1999 Neufanger & Seibt have curated certain exhibitions of fellow artists, including Uli Aigner, Georg Winter, and ABR (Archiv Beider Richtungen). He corresponds constantly with Jonathan Meese and in 2005 he exhibited all Eugen Gomringer’s text poster works in Schwäbisch Hall. For three years beginning in 1995 he advised the Generali Foundation in Vienna on its study space. His curatorial work questions the “logic” of the art world.

Every year Neufanger publishes small runs of the edition Erwerb. A poster redesigned each time that lists his growing acquisitions of catalogs/books. From this storeroom he takes the illustrations, which have been prefiltered by the artist in question, for his drawings—his sources of been connected.

Marcus Neufanger is not a photographer hunting for sensational images from the art world. He is an organizer who draws what has been photographed and printed. 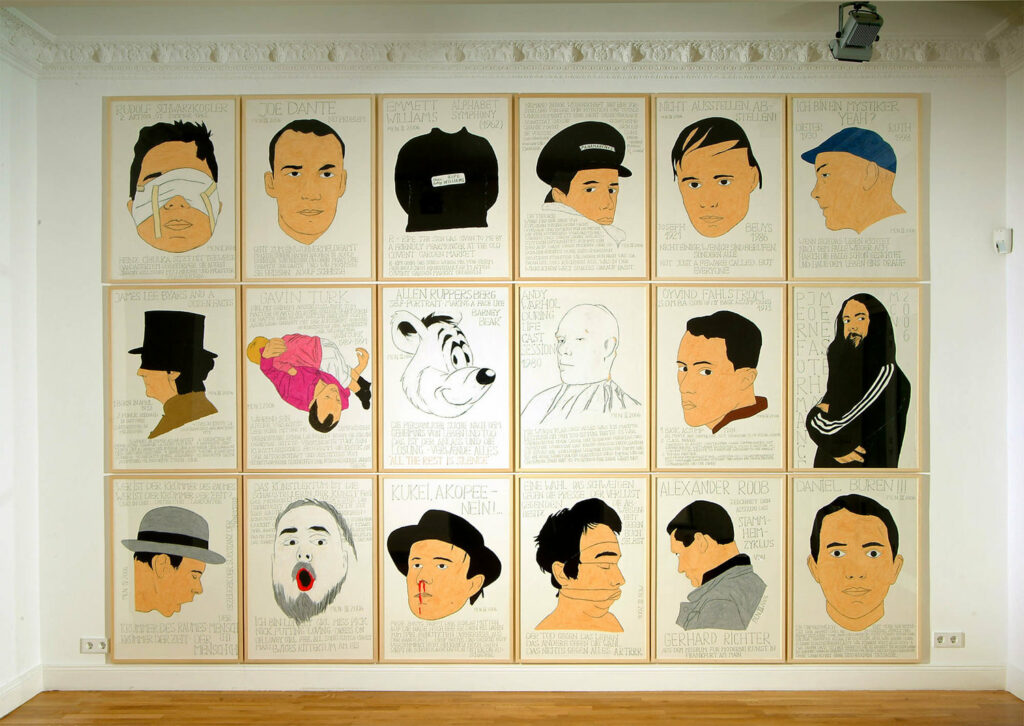 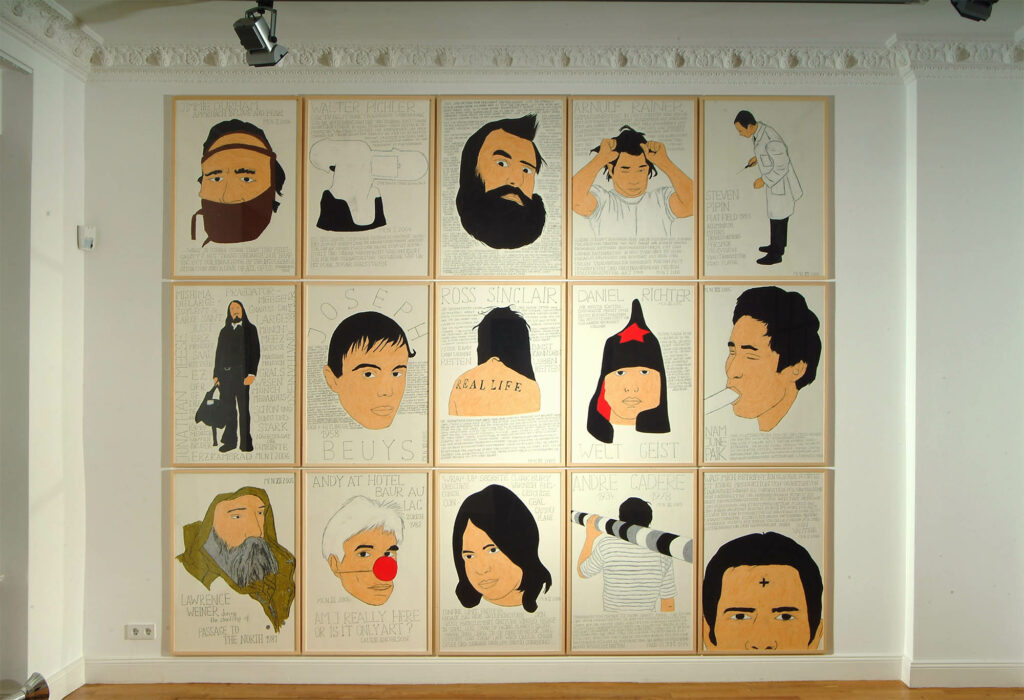 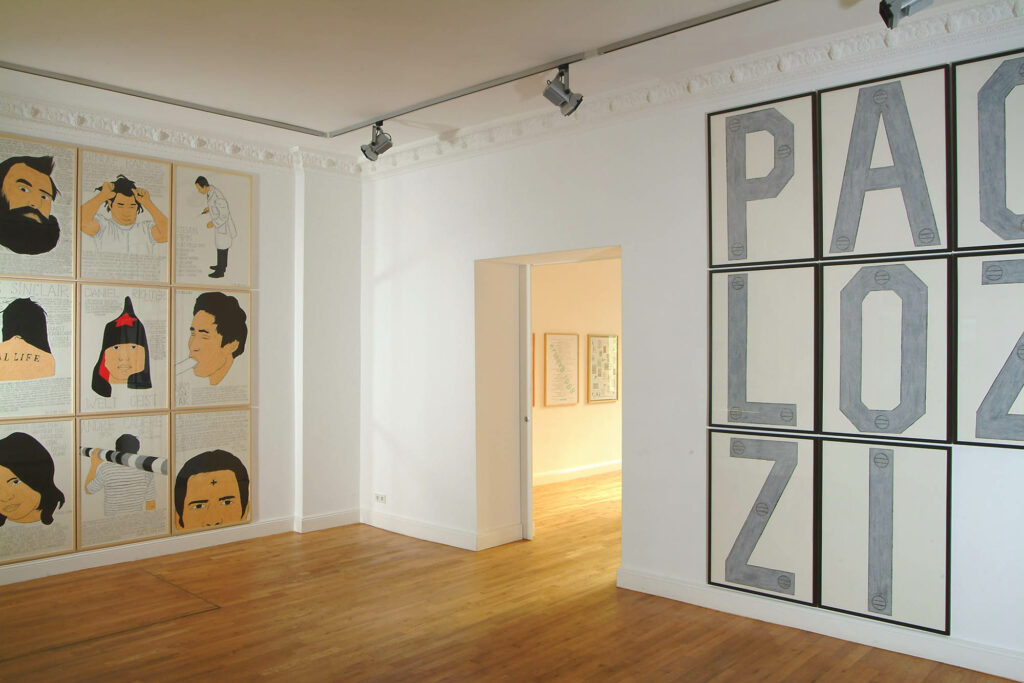 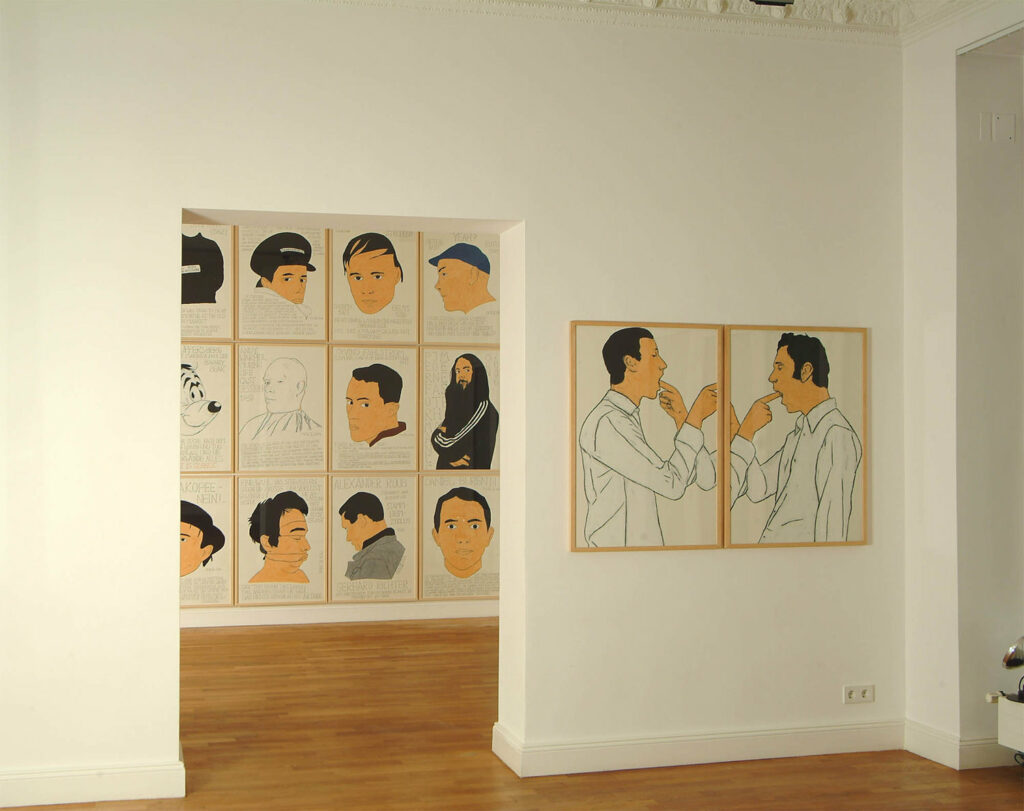