Art & Language: We Aim to Be Amateurs Installed in the style of the Jackson Pollock Bar

Tremezza von Brentano, born in Innsbruck in 1942, reflected on the topic of art and the public sphere in her two large-format paintings Museum A and Museum B. By means of realistic depictions of people where modern art was being exhibited Tremezza von Brentano reveals the wealth of forms and designs offered by images of people.

In Museum A and Museum B von Brentano presented several art works, including one by Jackson Pollock. By selecting the items for exhibit, the artist comments on both an art historical development and on the production and functional mechanism of art.

In addition to the two interiors Museum A and Museum B, the Galerie Kienzle & Gmeiner is showing the text We Aim to Be Amateurs by Art & Language as staged or installed by the Jackson Pollock Bar as a video projection. Two actors presented this text at documenta x as a studio interview with Art & Language with an authentic backdrop. For several years now there has been a real Jackson Pollock Bar: furnished in the style of the 1940s it houses an additional cultural forum in the Freiburger Theater. 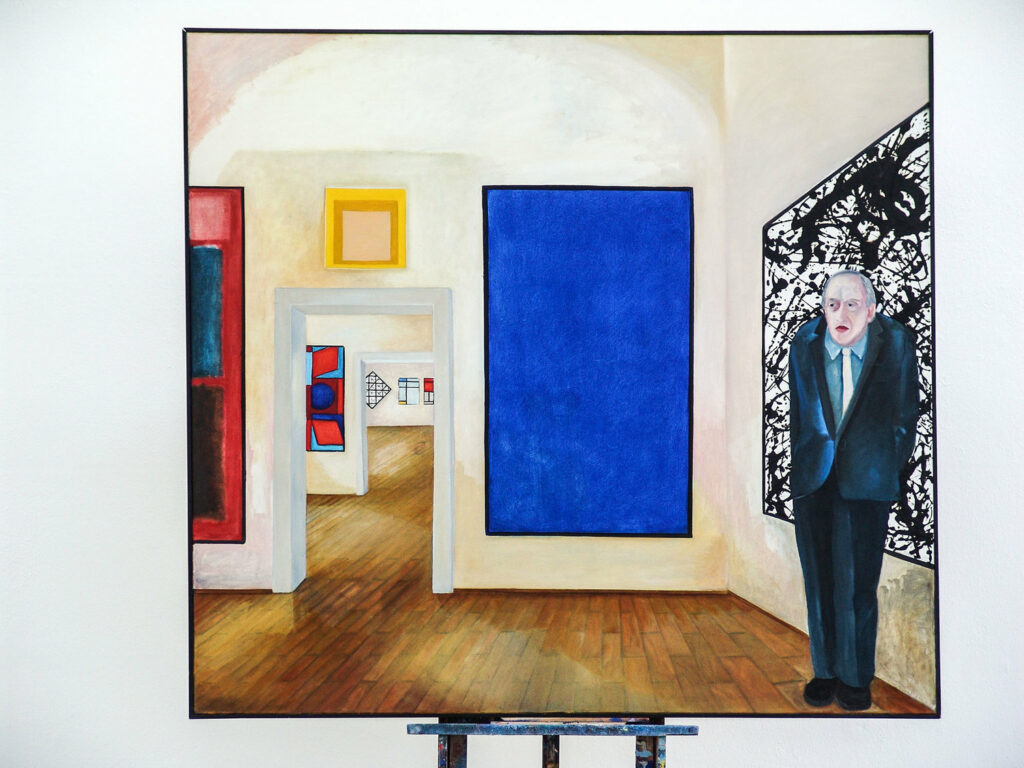 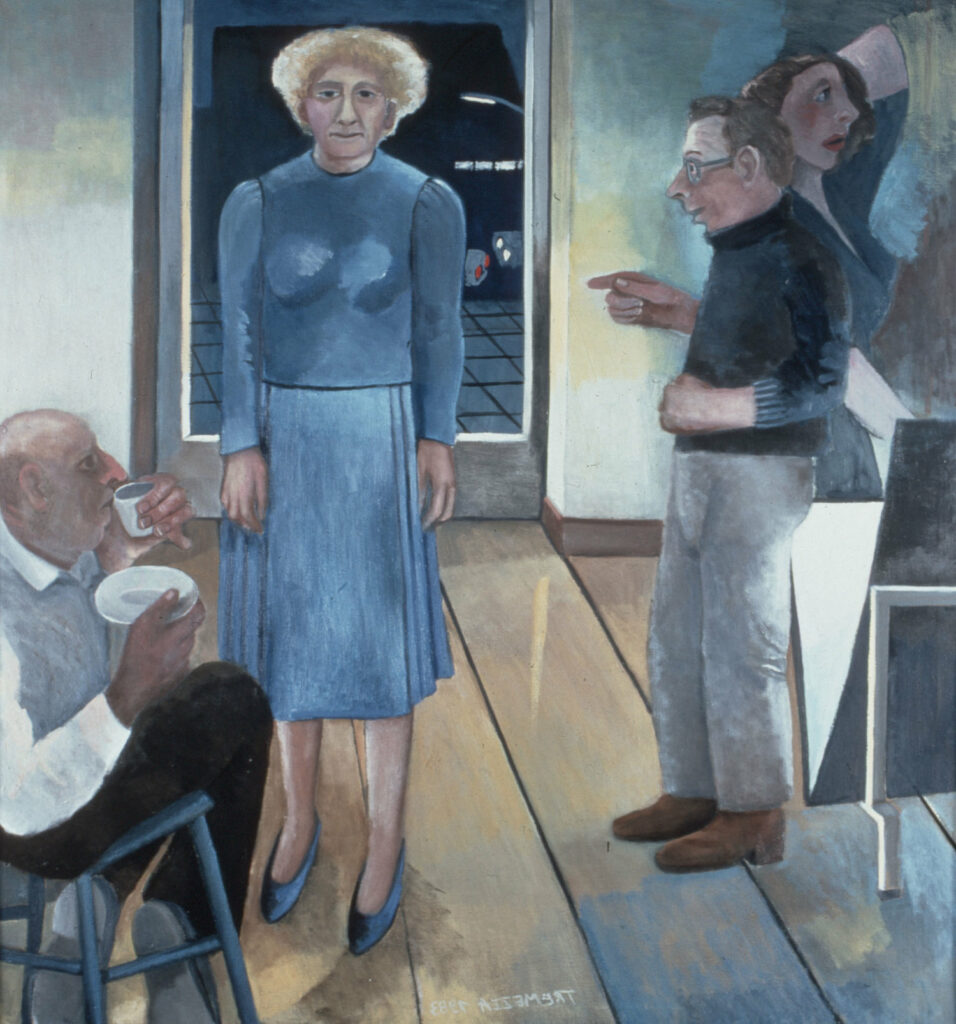