Axel Wieder and Jesko Fezer stand for a movement among young artists that has not yet been seen much in Berlin galleries. The city has an international reputation for a critical concept of art, which the berlin biennale, among others, has tried to plug into. Nevertheless, the exhibitions and events on which this reputation is based are, for the most part, still seeking their own spaces and their own audience. This puts Berlin in a situation in which, with few exceptions, there is no overlap between gallery art and current everyday art activities. Since its reopening by Ketty La Rocca in new spaces in Charlottenburg, the Galerie Kienzle & Gmeiner has been trying to negotiate between the social and economic conditions of a gallery and historic and current examples of works that can be described as a subjective critique of representation.

Axel Wieder and Jesko Fezer work on different terrains. They include exhibitions in art spaces but also journalism, project works (as part of the group of critical architects Freies Fach or the project Baustop.Randstadt), music, and public works (including a supporting program of film in cinemas). In terms of content, the gaze at World (oh, no!) has condensed into a gaze at city/architecture. In it, however, the city is seen neither as a plan nor as an illustratable spatial construct of social relations but rather as a political constellation out of which set pieces are drawn, reassembled, and reinterpreted. One such set piece is a sofa by the Irish designer and architect Eileen Gray. Shortly after First World War, Gray formed her own unique definition of modernism. The sofa is now in the gallery space as a piece of furniture that is, though it is still for sale, no one really wants it, because after modernism it turned out to be too small. This sofa brings various associations into the exhibition. The reference to Eileen Gray as a person places in the gallery various other connections to gender-specific historiography, the private as a social relationship, and diverse logics of function under post-Fordism. The gallery is one of many places to which these connections refer.

The exhibition is itself a narrative about occupying oneself with a theme and the associated wavering between interesting phenomena, analysis, and information or fieldwork, in which, as critics say, the true field of art is abandoned. The question of the them is the question of whether something can be exhibited, of the function of a visual representation of social themes, and of the value of information and whether it can be depicted. 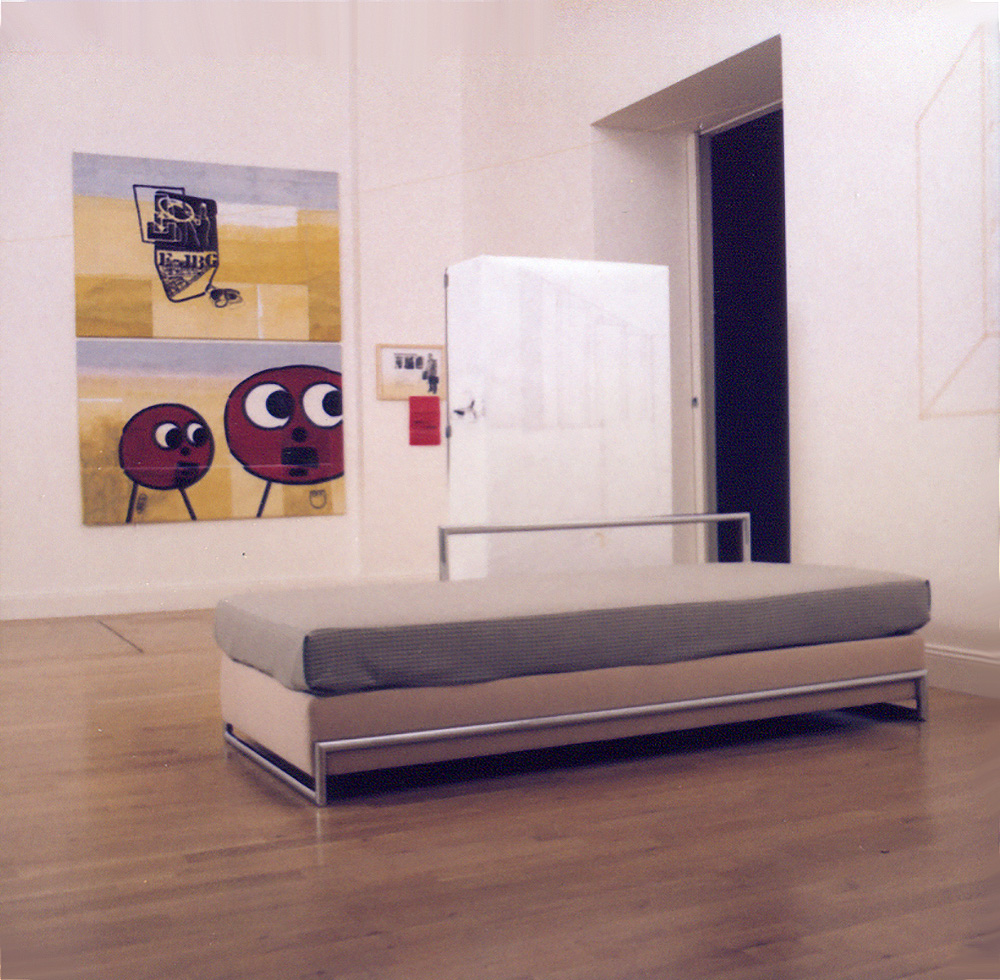