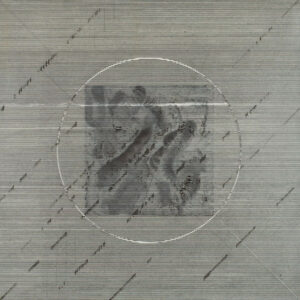 In the 1970s, Jack Whitten developed a unique painting language driven by process and concept and characterized by material experimentation, dense luminosities, and multidimensionality. This exhibition brings together forty works from Whitten’s landmark Greek Alphabet series, realized in his downtown New York studio between 1975 and 1978. Rarely seen at the time of their making and never before as an ensemble, these paintings represent a turning point in the artist’s practice. Whitten’s systematic investigation of acrylic paint, indirect methods of execution, and collapse of gesture into surface place these works at the intersection of Conceptual, Minimalist, and Process art. Situated at Dia Beacon among works by his contemporaries, the Greek Alphabet series reveals Whitten’s distinct contribution to abstract painting in the 1970s.

The series is comprised of abstract compositions, predominantly black and white and ordered per the twenty-four letters of the Greek alphabet. Though for some letters the artist made (or kept) only one painting, most letters present variations on a primary composition, which grows in complexity as the alphabet unfolds. To make the works, Whitten covered his studio floor with an evenly hard platform for controlled accidents and pressure. Atop the platform he positioned metal wires, geometric silhouettes, and other “disruptors” (as he referred to them), following preparatory diagrams. He then tacked canvas over the arrangement; coated the canvas with several layers of acrylic paint variously mixed with minerals and thinners; and further incised and embossed the surface using taut string, an ice pick, screws, and other such indirect methods. Finally, Whitten raked the pliable acrylic with a twelve-foot-wide serrated blade that he called the “developer,” in reference to photographic processes, generating a striped pattern that at once interferes with and reveals the picture as coextensive with the paint that carries it.

Like many of his peers, by 1970 the artist had moved away from the psychologically laden brushstrokes of Abstract Expressionism. Whitten devised a system for the Greek Alphabet paintings to distance himself from associations brought about by title, color, and gestural mark-making, and the progress through the alphabet gave a tempo to his studio time. If the series is legible as a system, however, it is not altogether predetermined by it. Rather, ideation is entwined with process in these works. “Not an illustration of an idea but the material embodiment of the idea,” the artist suggested. “What’s important here is that no separation of image, content, idea, process is allowed, it’s all compressed in the making of the object.”1

For his surfaces, Whitten found inspiration in the accretion of dirt on New York’s sidewalks, in the selective darkening of silver salts in homogeneous photographic emulsion, and in the fractal nature of jazz music. Like those phenomena, each mark in a Greek Alphabet painting attracts singular attention while remaining connected to the whole. Consider Eta Group III, which is based, like Eta Group I, II, and IV (all 1976), on the squaring of a circle. However, unlike its cognates, the vibrant surfacing of Eta Group III derives almost exclusively from the developer’s modulated scoring. The studied manipulation of acrylic bestows the paintings with an inherent luminosity and static noise. To various degrees, all the Greek Alphabet paintings present the moiré effect that occurs when the pattern of a monitor interferes with the pattern of an image, and that has its origins in textile printing, specifically the shimmering quality of watered silk. The result, the artist noted, is a “weaving of light”: a surface that provokes spatial experience through material layers in contact.2

Whitten’s interest in contemporary imaging techniques, from space photography to video, is further evident in works such as Mee I (1977). Here, the mutual action of thin paint layers and horizontal raking results in an intermittent glide of white over black. At times, ridged areas of black-on-black flare up in halos of white light, calling to mind galaxies and glitches. Throughout the series, various indexical processes are evoked only to be made ambiguous in scale and temporality by the displacement and deferral of the mark. As a result, causality is scrambled. Decision-making is engulfed in Mee I, with the painting carrying the memory of its making in its multidimensionality—a condition common to all the Greek Alphabet works.

To Whitten, this newfound space in painting bore philosophical connotations, encompassing the spiritual dimensions of certain African sculptures, the new mediascape, quantum physics, and space travel. By 1978 the capaciousness of this structure was such that he sought to integrate additional spatial systems. In Khee II (1978), white horizontal grooves run across the multitonal picture. Four springing arcs and three vertical planes—triangular, slanted, and rectangular—pace the field, doubled by red, yellow, and blue incisions, while expansive orthogonal planes are interspersed throughout the composition. The geometry is woven within and atop a surface that accommodates illusionistic volumetric devices such as coloring, sfumato, slanting, and transparency; the nebulous blend of colors is grounded by the markings into a vivid whole. Omega I (1978) anticipates the rubbings that characterize Whitten’s work of the decade to follow, appearing here distinct from, yet coterminous with, the signature grooves. “The problem,” Whitten intimated upon reaching the end of the series, “is always one of finding a structure which allows your spirit to roam.”3 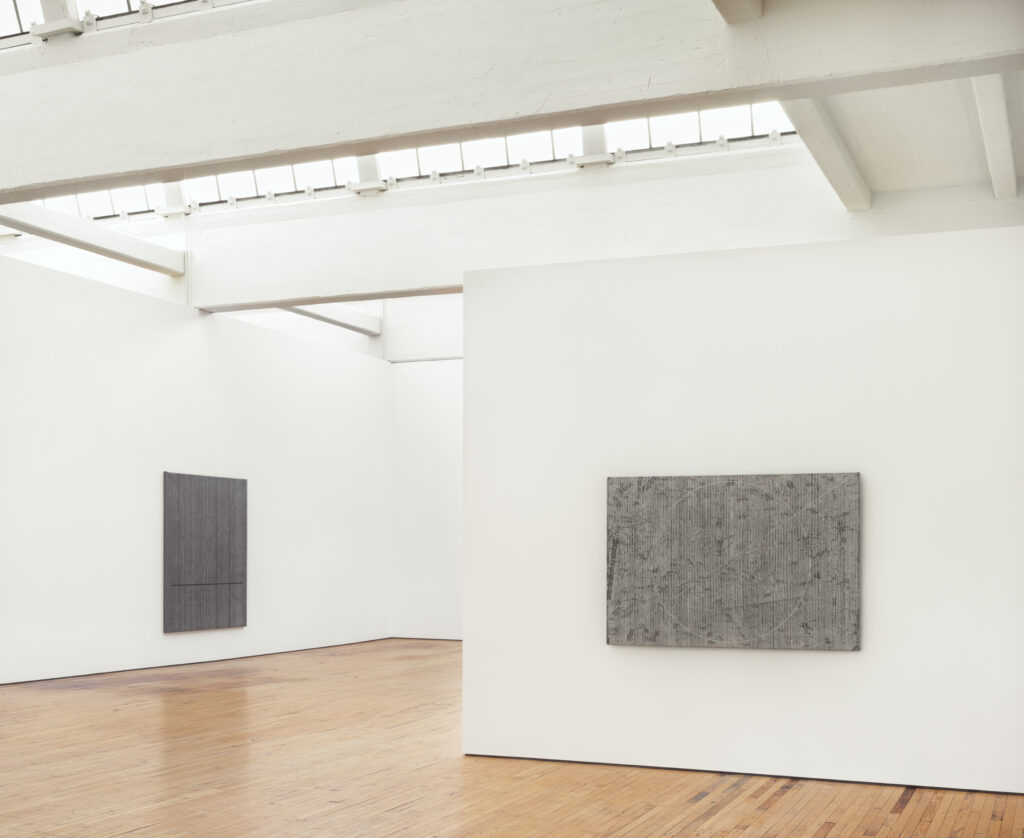 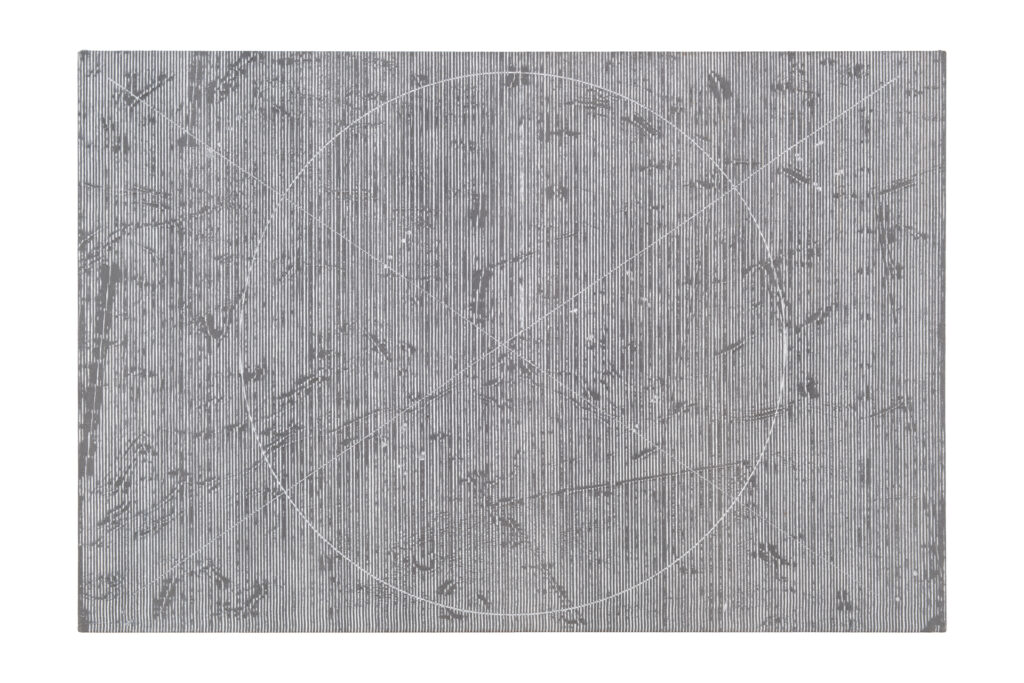