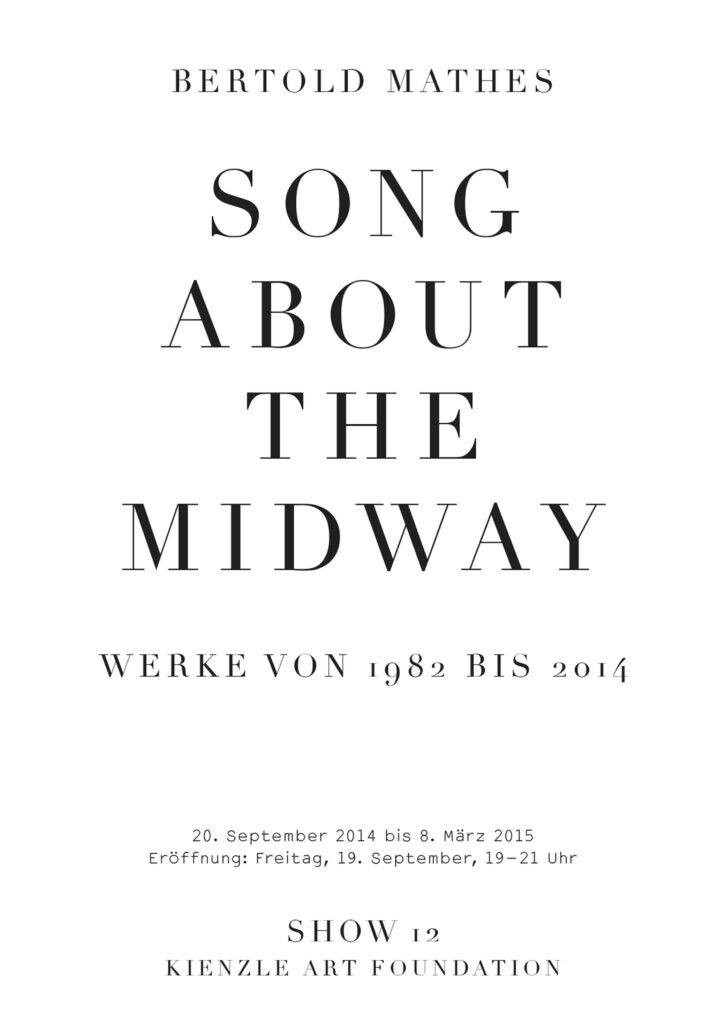 After a longstanding cooperation and friendship between the artist Bertold Mathes and Jochen Kienzle, passionate collector and chairman of Kienzle Art Foundation, we are pleased to present a comprehensive retrospective of the diversely faceted paintings of Bertold Mathes from 20th September 2014 until 8th March 2015.

In his work, Mathes explores the limits of the abstract painting and sounds out the abysmal potentials of non-representational art. Sometimes loud and rebellious, sometimes strict and formal the work oscillates between conceptionally calculated abstraction and radical, scenic outbreaks.

„Free-style-subjective-organic-abstract-figurative-construction“, that’s how Mathes describes the work of his creative phase of „non-systemic painting“ himself and points with an ironic wink to the paradox and denying of labelling, which forms a central element of his work. Against this backdrop, the idea of a comprehensive showcase becomes even more enthralling. How do the works of an artist, who consciously refuses to follow a certain style, relate with each other? Despite a conceptional framework, Mathes’ creative produce is characterised by an almost irritating diversity, openness and unpredictability. That which unites his paintings is a peculiar moment of chaos within order. Mathes mainly works contrary to our habitual vision and convention, is constantly breaking the rules of painting and generally demands a lot of viewers, who at first must process the visual shock, before being able to perceive and value the meticulously created compositions and thoughtful arrangements.

This essential break with conventions of painting and most especially with visual perceptions of art has been utilized expressly for the conception of this exhibition and is mirrored clearly in the presentation of the 19 carefully selected single works and two spatially ample groups of work: „Show 12: Song about the Midway. Works from 1982 till 2014“ can, by no means, be seen as a classic retrospective or even a Best-of of the past 32 years. In fact, the exhibition is explicitly about a non- chronological access that leaves no room for deadlocked analytical concepts like progressive development or historical allocations, but rather gears the vision towards the status of abstract painting and postulates questions of readability, interpretation and meaning of the works.

A booklet accompanies the exhibition with an introductory text by Barbara Buchmaier. Moreover, there will be an exclusive Professional Preview for invited guests, where you will have the opportunity to see the works in advance in a small circle and speak to the artist. 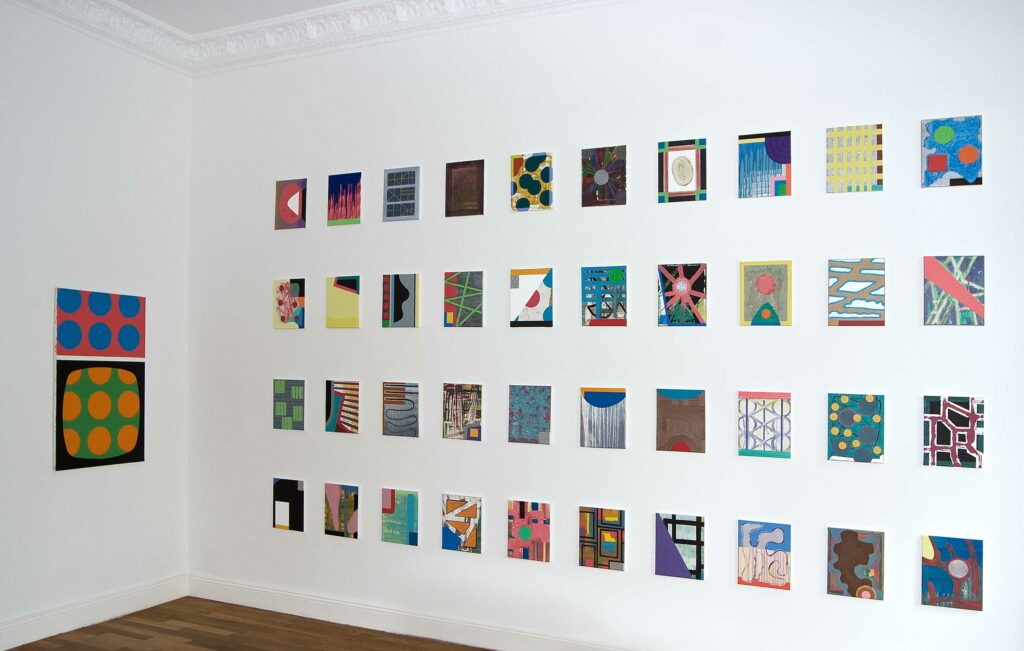 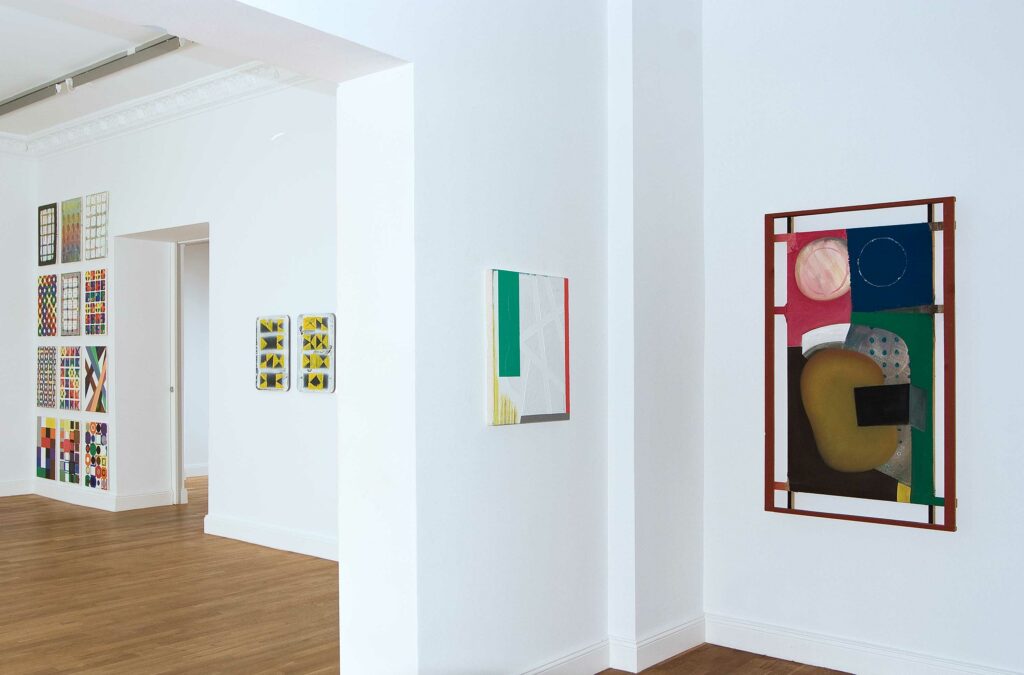 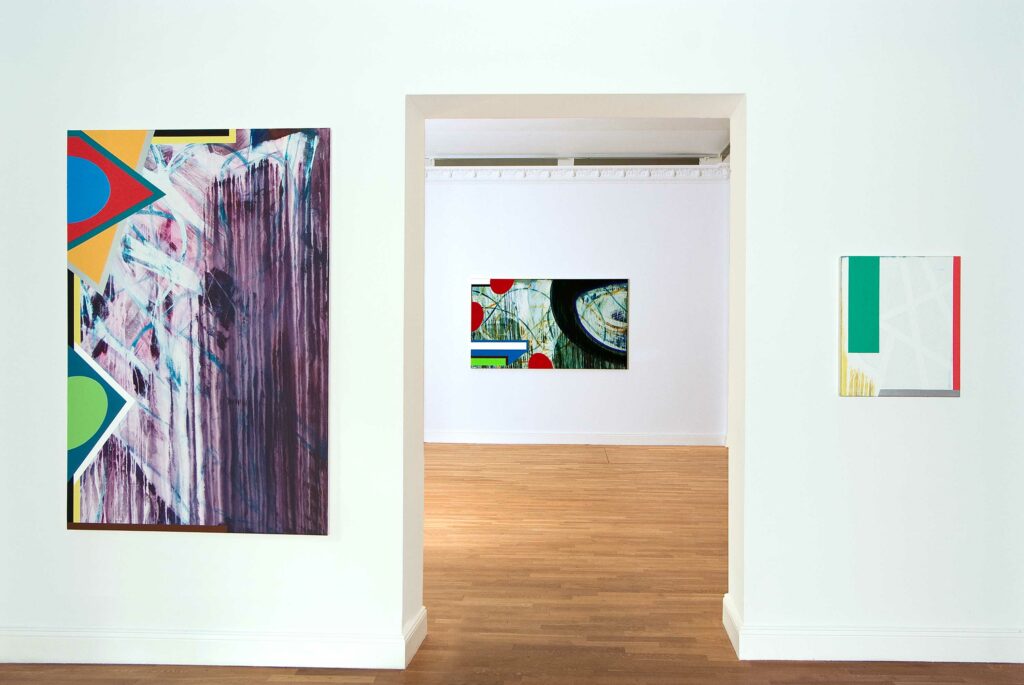 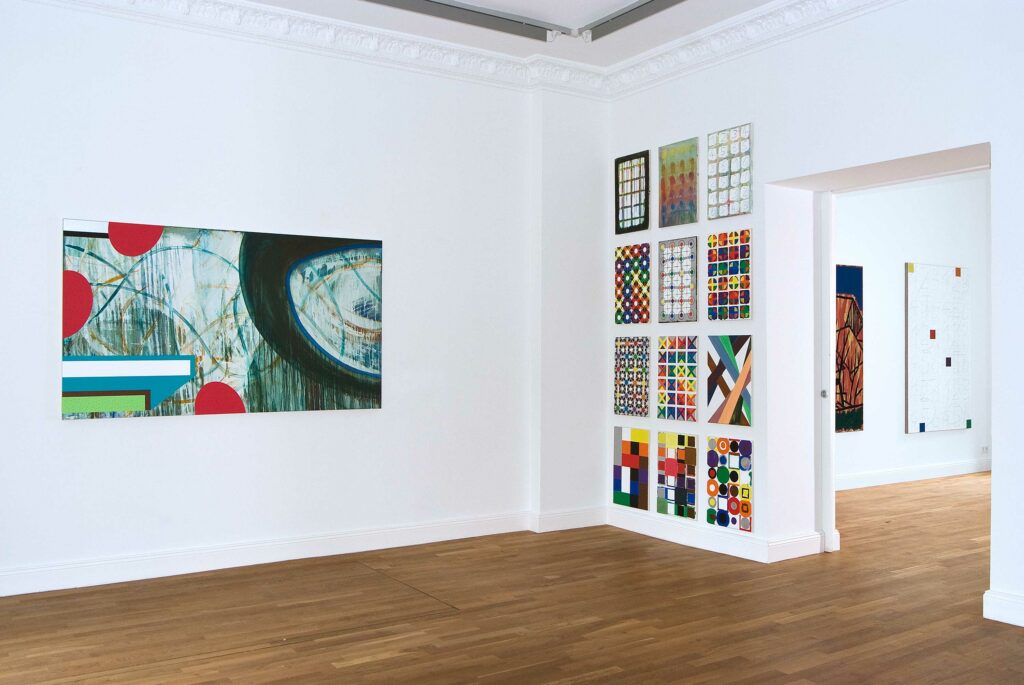 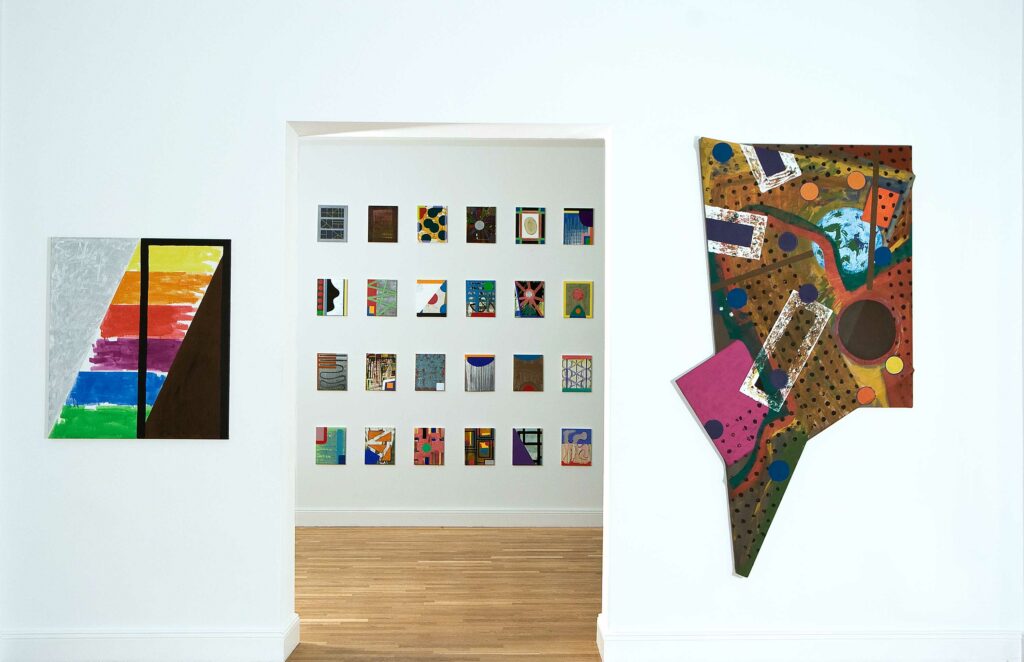 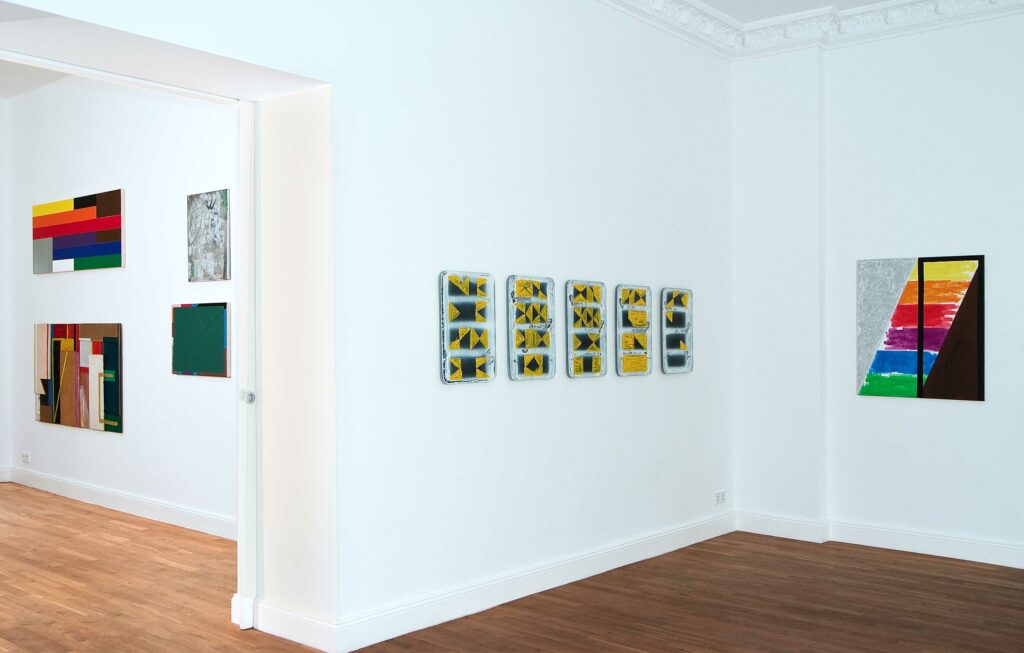 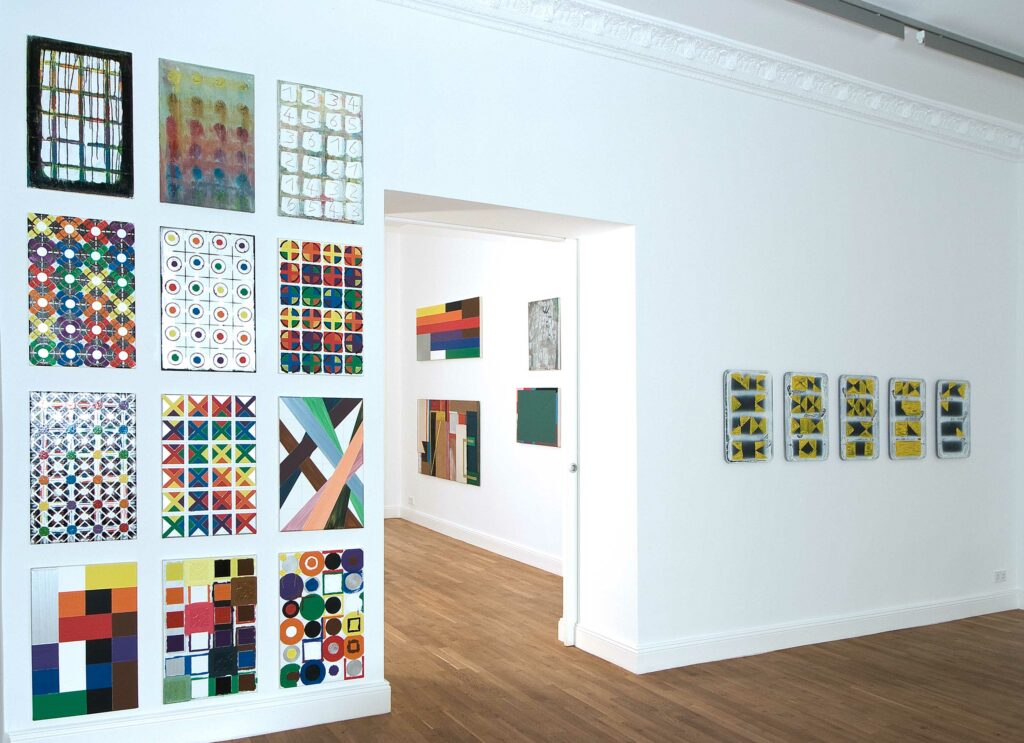 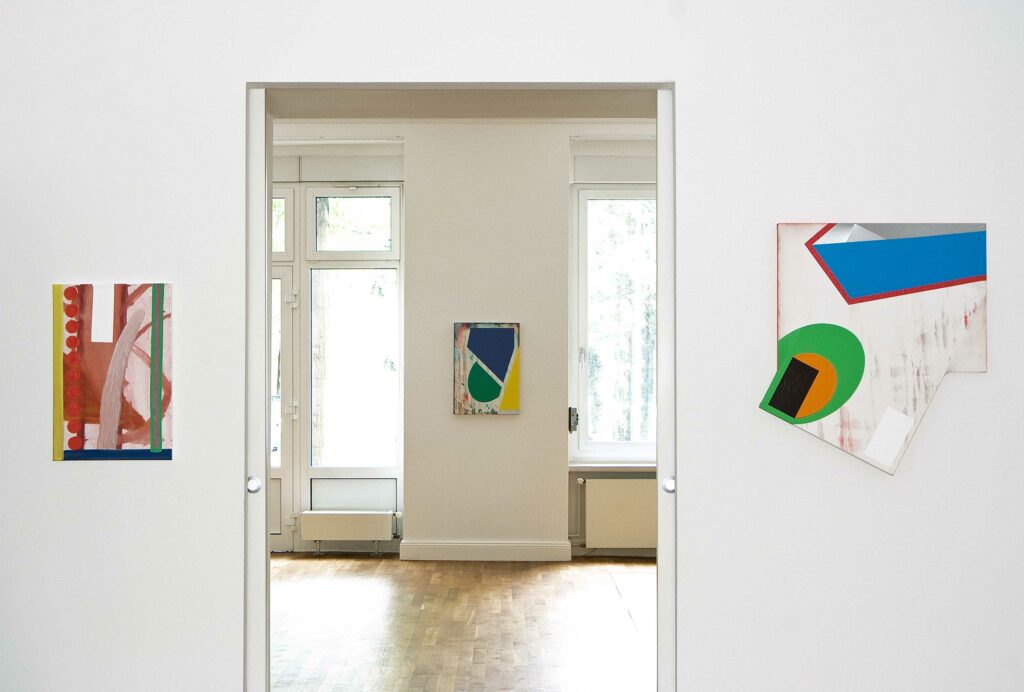 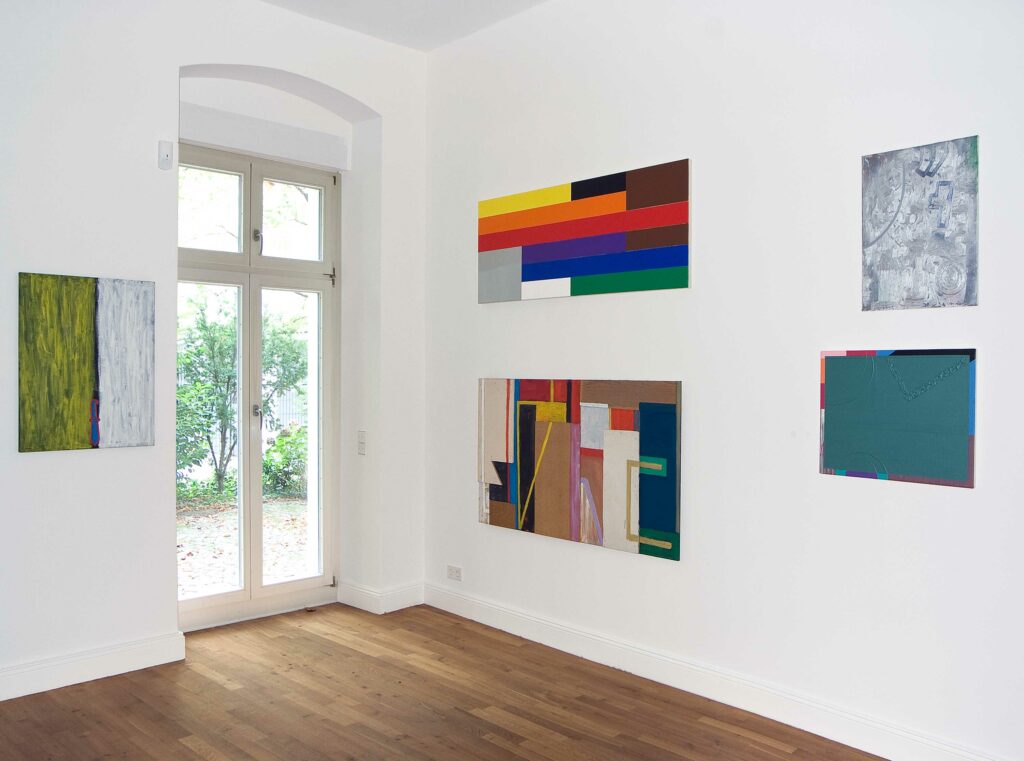 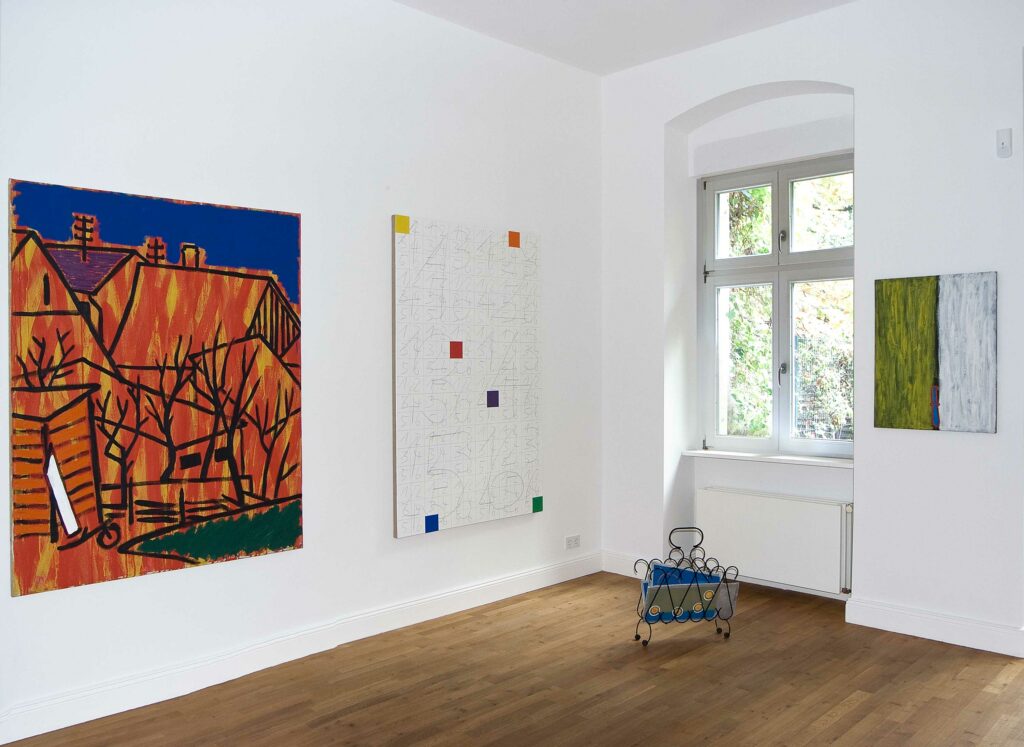