At first glance, Leo de Goede’s paintings are attractive and seductive. Even if one source of this seduction feeds on the natural growth of the structure of the wood, or even more tritely, derives from the grain of the plywood board * selected. The painter dissects with colors the veins of the wood, liberating the anatomy of the board. He decides, paints appositely and shows what the “thing” is ready to cast off in terms of patterns. The large-format panels are still reminiscent of their wood, showing the support, even adding their own “images” to the grain, tattooing the painter’s diction into the object. Through the addition of different color veins, a foreign text body is slipped over the natural texts, a “sample” of overpainted “equals,” doubled, made visible, and clarified by color. On closer inspection, therefore, it also raises the question of the nature of the painter’s hand and hence of the nature of painting itself.

Earlier paintings by de Goede were also rooted in this pushing forward, pushing into the anatomy of things. Their main features are patterns, mirroring, form addition, and repetition. “Mirroring” avoids composition as a matter of principle. The artist devotes himself to the object in the power of doubling. But when doubling is the basis of painterly operations, the painting model of the repetition is the model of imitation. Hence the painter approaches the object he observes on a second level. In works on canvas he only seems to dispense with the guidelines of the wood support, for they are meticulous copies of nature, though admittedly ones he has produced himself, from models artificially prepared in the studio, obtained  from mixtures of oils repelled in water, by a centuries-old method, which he prints like photographs from this film on the surface on the water and generates on flat, absorbent paper. Hence Leo de Goede’s Marbles are nothing other than painting about nature.

* A Note on Plywood Board It is not, fact, a board sawed from a tree trunk. “Plywood” is inexpensive laminate wood from pressed layers. The front and back sides are faced with a veneer. It should be mentioned that the is peeled from a round trunk using a blade, much as one sharpens a pencil. This makes it possible to double the “image” of the wood, since the circumference of a trunk rarely allows one to produce such a broad, peeled “wrapper,” and the blade peels off the next layer seamlessly—and thus in a sense—appends it. This layer is, of course, identical to the one above it, since it’s from the same trunk. This remark is not unimportant to the selection of Leo de Goede’s pictorial thinking, since the doubling of the motifs plays a fundamental role and liberates the painter from the object. 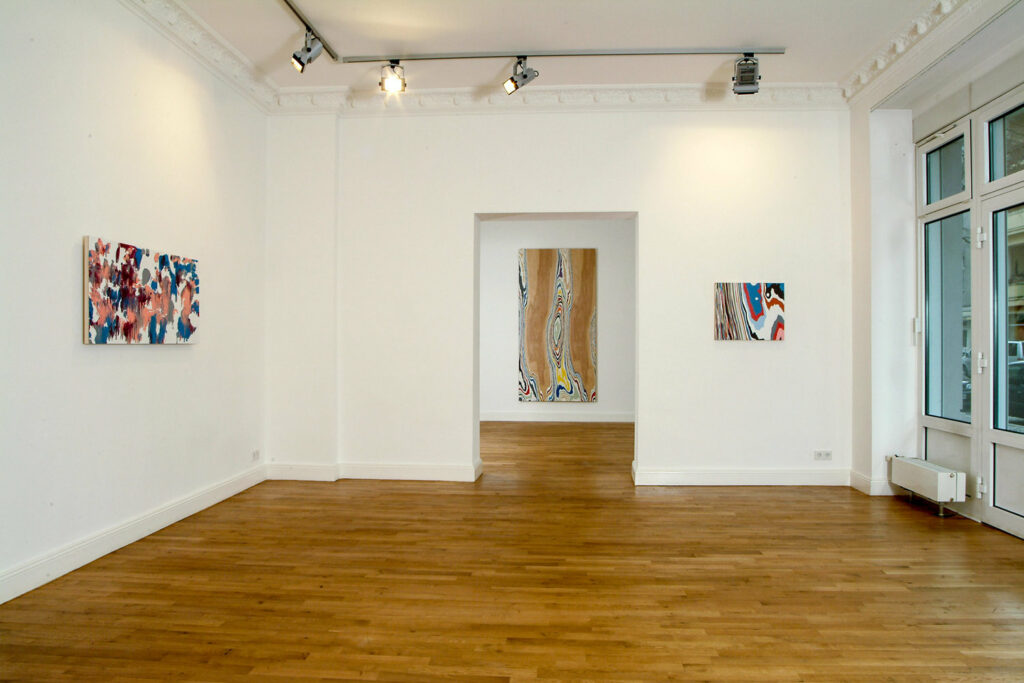 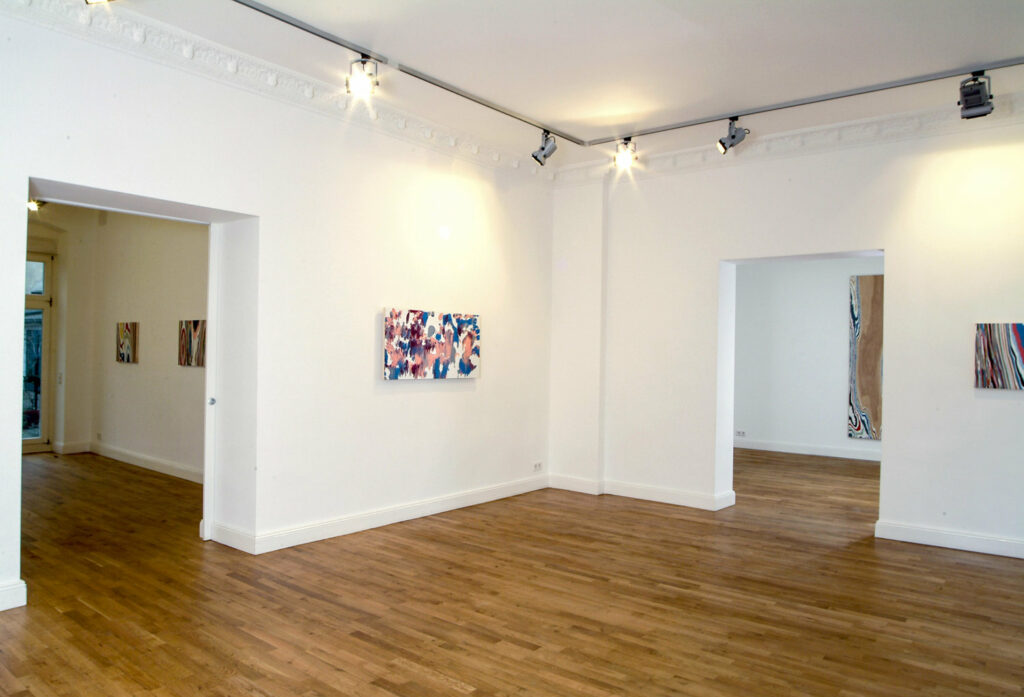