Between Geometry and Gesture

Galerie Kienzle & Gmeiner is pleased to present the first European exhibition of the American painter Louise Fishman. While not a retrospective, the exhibition brings together an exciting group of Fishman’s most recent gestural abstractions from 2007, with a selection of grid- and process-based works from the early- to mid-1970s.

For painters in New York, the 1970s was a time of richly varied experimentation, as last year’s traveling exhibition High Times, Hard Times, New York Painting 1967-1975, which included Fishman’s work, demonstrated. Fishman was born in Philadelphia in 1939, and came to New York after graduate school in 1965, a committed abstract painter. At that time, it was still difficult for a woman to gain visibility in the art world. In the late sixties Fishman became involved in the women’s movement and began to bring to her painting elements of so-called “women’s work,” such as weaving and sewing, activities which had never interested her earlier. Fishman also got to know Eva Hesse, whose sculpture using non-traditional materials and soft, hanging forms was an influence.

Works from 1971 in the present exhibition, (all Untitled) acknowledge, expose and radically rework the canvas cloth support of painting itself, by weaving, tying or grommeting together strips of painted canvas. Hanging free against the wall they exist in an area between painting and sculpture. The joined, segmented rectangles are also very much in dialogue with the idea of the Modernist grid, which continues to be a concern of Fishman’s. Later paintings, where there is no explicit grid, are often built upon, or improvised against, an implied grid.

In 1973, after she was finally included in her first Whitney Biennial, Fishman returned to direct painting in a way both spectacular and modest, with Angry Louise: those words scrawled in paint and charcoal with other painterly marks on a piece of paper 26 x 40 inches. She went on to paint a series of about thirty “Angry Paintings” commemorating other Angry women: friends, lovers, artists, and historical figures. The series was recently shown in New York and Los Angeles in Wack, an important overview of Feminist art of the 1970s. While the “Angry Paintings” will not be shown in Berlin, and Fishman has never used words in her painting since, their moral force and urgency in the here-and-now—indeed their anger—can be felt as an underlying power driving all her work since then, much as the invisible grid remains a formal presence. Fishman’s exhibition at Galerie Kienzle & Gmeiner will include paintings from the mid-‘70s, such as Caryatid (1974).  Painted on cut, shaped wood panels, works from this period continued Fishman’s exploration of painting as a quasi-sculptural object while employing rectangular imagery that echoes and plays against their silhouettes. 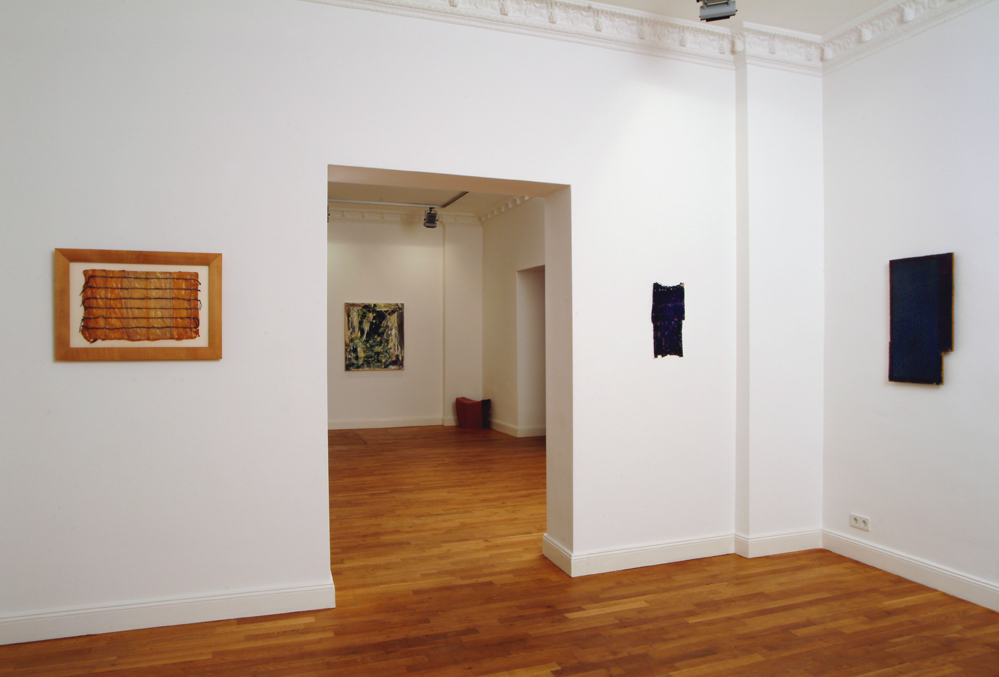 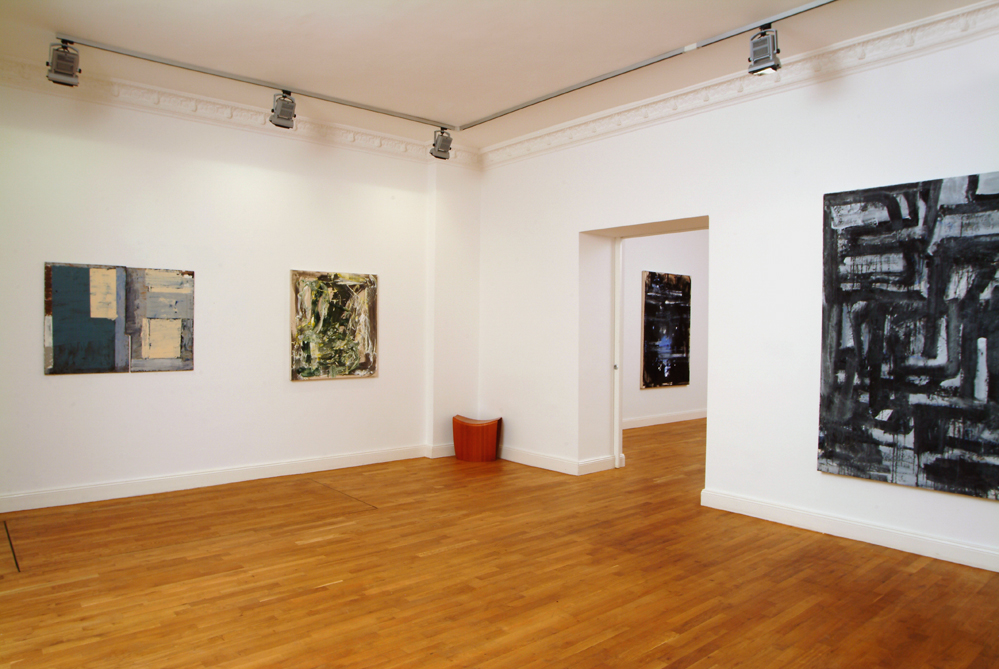 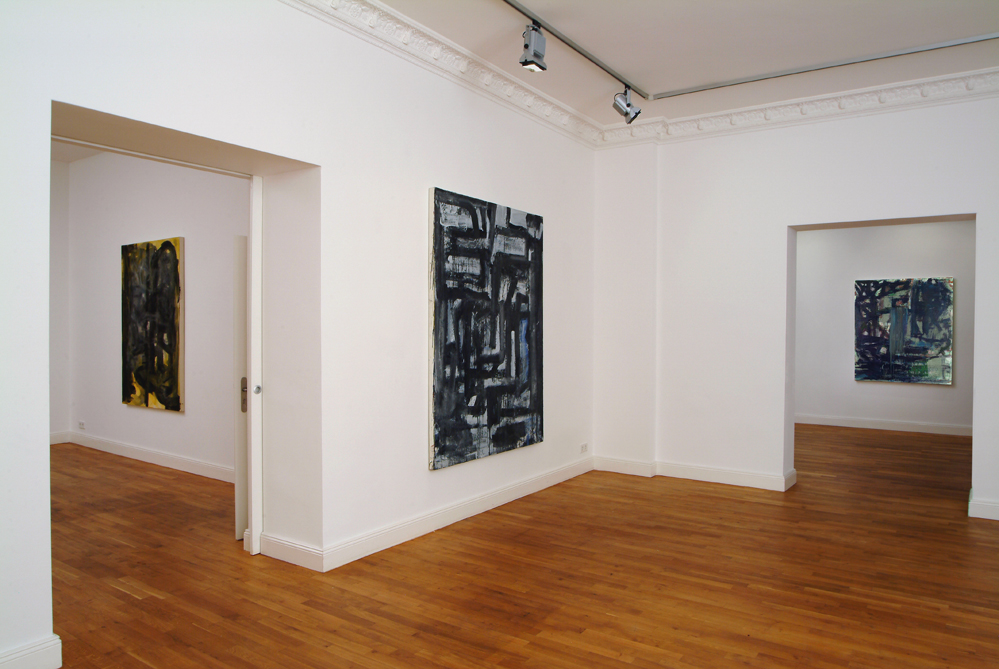 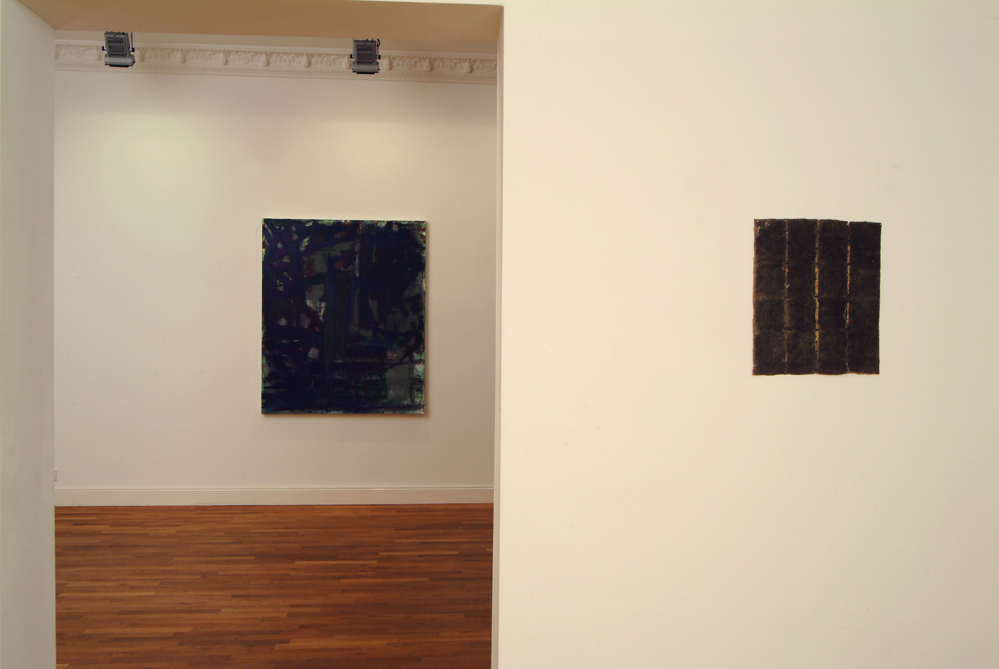 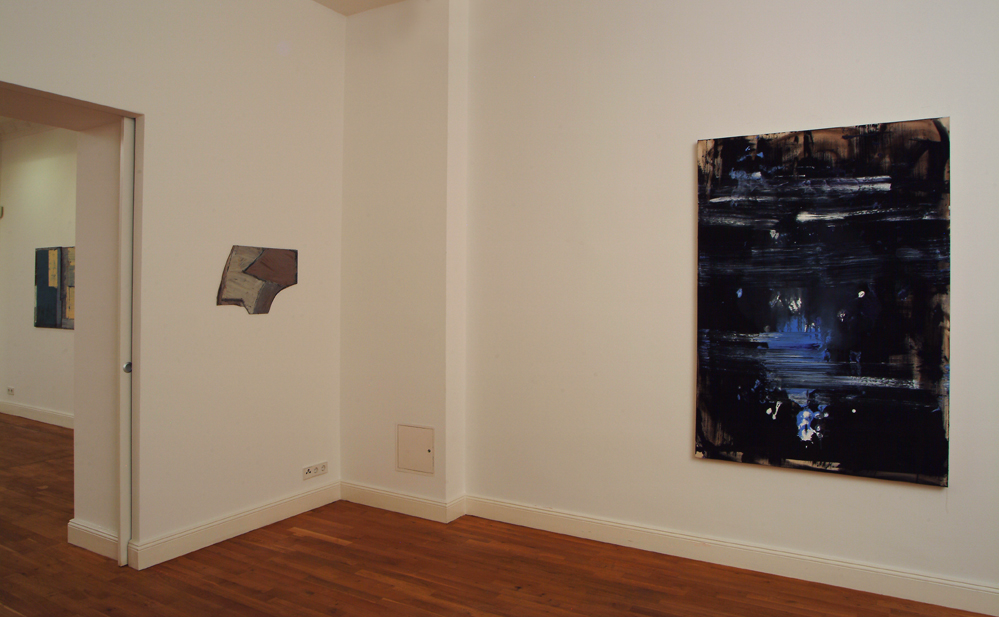 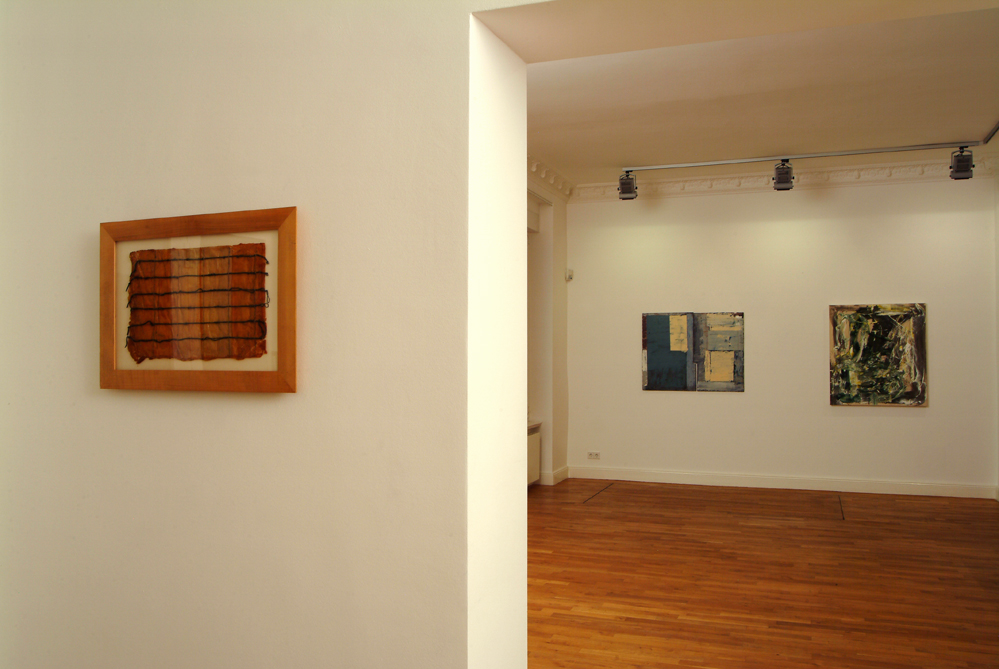