The Kienzle Art Foundation inaugurates its exhibition space and public activities with “Loose Joints,” a group show referring to the core of its collection. Initiated by Berlin collector Jochen Kienzle, whose extensive and particular holdings are based on art practices since the 1960s, it is the Kienzle Art Foundation’s public mission to convey art through shows, publications, lectures etc.

“Loose Joints” envisions the collection as a tableau: although the exhibition refers back to the art historic and familial past, it also points to the future with possible horizons for and reactions to the collection. The selection of work presented includes historical avant-garde positions and Post-War art informel painting as well as artworks representing the spread of cross media, and conceptual approaches starting in the 1960s. Upon first sight, this selection may seem eclectic, but Kienzle’s individual background and the history of his collection not only serve as an explanation but turn out to be persuasive factors in revealing how art history comes about.
Within this context, the person and the oeuvre of Emil Schumacher play a key-role: Typical of the time, the art informel protagonist was already represented in the parents’ collection when, in the 1980s, Kienzle procured his first works directly from the artist. Schumacher serves as a multi-faceted joint for a collection that takes – to this day – a continuous interest not only in painting but also in the aesthetic and experimental potential of the informel and abstract pictorial modes. The friendship between Kienzle and Schumacher also initiated a process of learning and emancipation, the origins of which lay within the realm of his art-appreciative parents.
Their compilation clearly transgresses the Zeitgeist because it not only includes historical and Post-War Modern Masters Djerba 2 (1978) by Emil Schumacher, or o. T. (1963) by Ernst Wilhelm Nay). It equally integrates the latest avant-garde tendencies as exemplified by Joseph Beuys’ Bingo 50 (1950). Thus, Kienzle encounters Kurt Schwitters’ collage techniques, e.g. Nescafé-Collage (1947), so deeply indebted to everyday culture and radically formalized applications of found materials, as well as the materialization of the imaginary, visualized in the fantastically surreal Wols-watercolor Mille problème dans la tête (1937).

This formal and thematic breadth enable Kienzle to sense a work’s conceptual potential based on its visual appearance, and it permits the collector to uninhibitedly approach specifically hermetic pieces such as Ketty La Rocca’s Un Castello (1975) or Josef Kramhöller’s oeuvre that, informed by informel techniques, pose critical questions and even raise social issues (o. T. Back to the Issues, 1999/2000). In fact, Kienzle approaches this ambivalent sparkle of form and concept with a noticeable sensuous delight.
There is nothing obviously programmatic about the Kienzle Art Foundation with Jochen Kienzle’s collection at its center. Instead, its distinctive feature is a sequence of loose joints. They may surface in critical continuations or medial inquiries as exemplified in Jonathan Lasker’s How to Be Unique (1993), where the authenticity of painterly gestures is called into question and restructured into an actual discursive arrangement vis-à-vis the act of painting. Or a complete transformation of the aesthetic vocabulary reveals them, as illustrated by Franz Erhard Walther’s conceptually calibrated early works, for example Nesselgrund IV (1961), that reach beyond the picture’s physical boundaries onto the field of physical perception and thus anticipate his later experimental arrangements.

The collection is open to the most current artistic tendencies: Specifically developed for “Loose Joints,” Elmar Zimmermann clearly crosses the border between autonomous artwork and its pragmatic function in his installation-sculpture Eine Wand (2010). On the one hand, the artist continues his analytical questioning of image and space, while on the other hand, he presents a device for displaying the historic material incorporated into the show.

Just as the Kienzle Collection will continue to grow thanks to loose joints, the inaugural exhibition “Loose Joints” may serve as a possible retrospective tableau. With regards to future perspectives, two premises underlie its attempt to convey contemporary art: The primary level of the artwork and the supplementary level of commentary. The open structure of the Kienzle Collection, its discursive, life and art encompassing nature thus define the Kienzle Art Foundation’s future direction.

The two-volume catalogue about the collection (Texte/Werke, Berlin 2009), published by Jochen Kienzle in cooperation with Hans-Jürgen Hafner and Daniel Kletke, will be launched during the inaugural exhibition. An English edition will appear later this year. 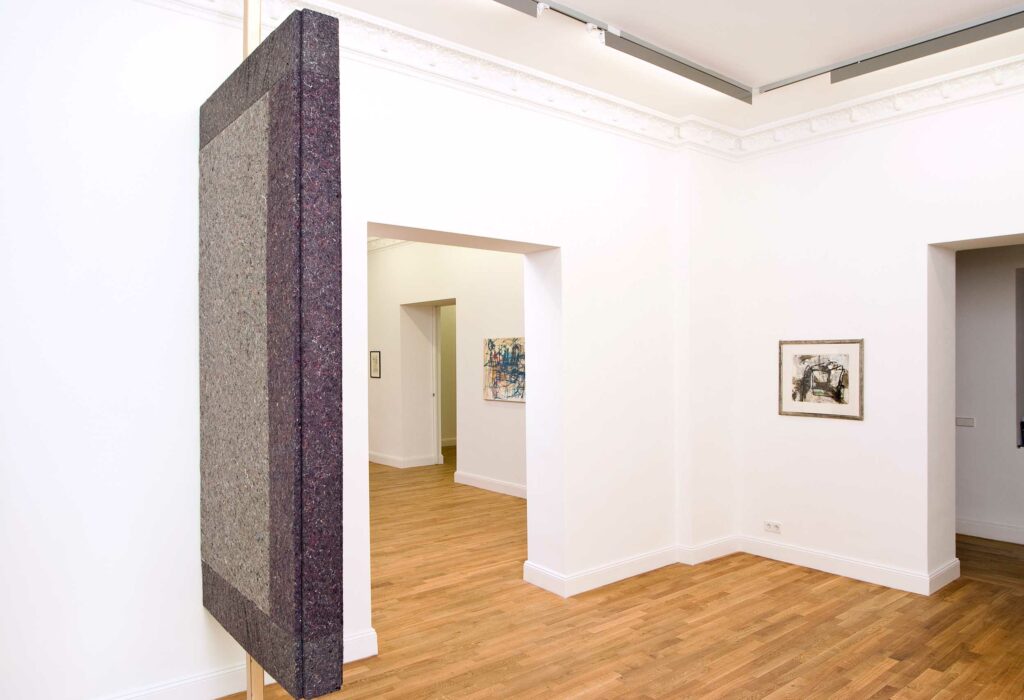 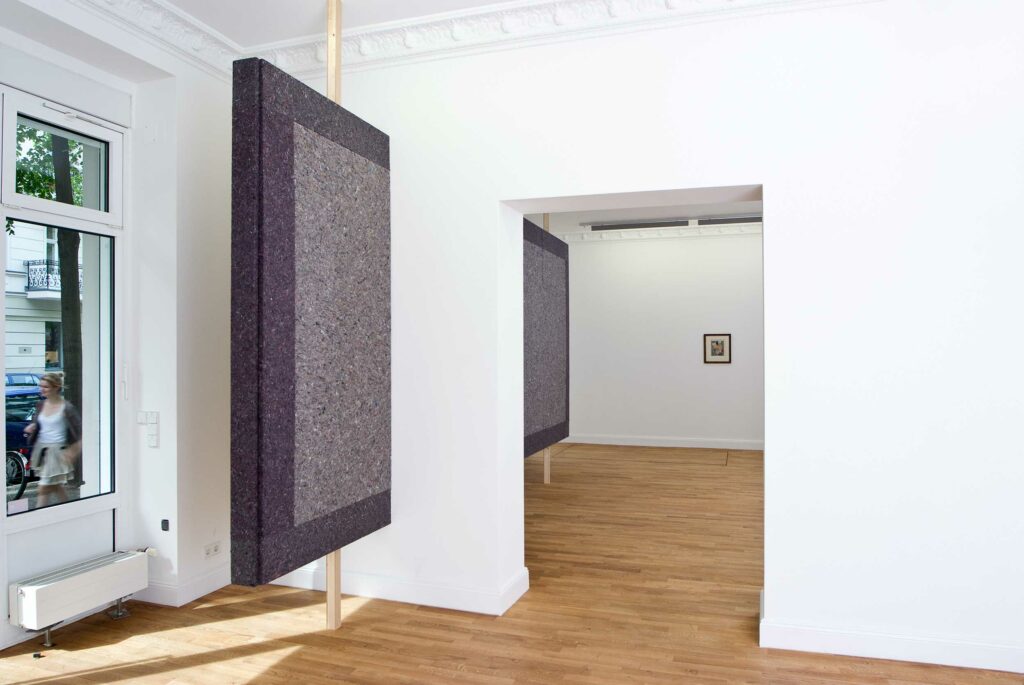 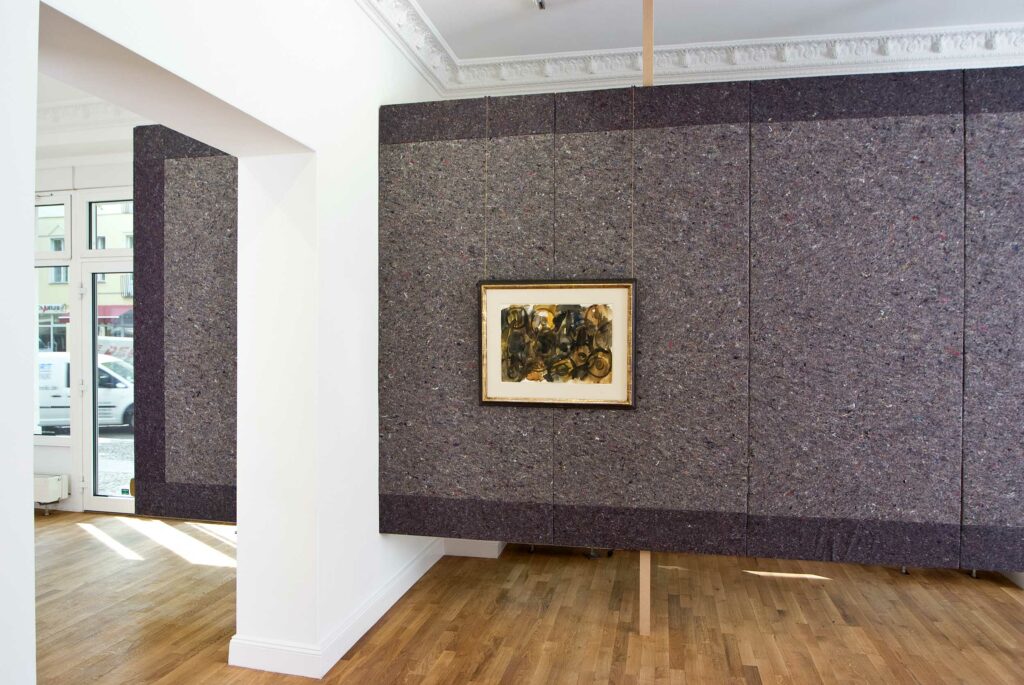 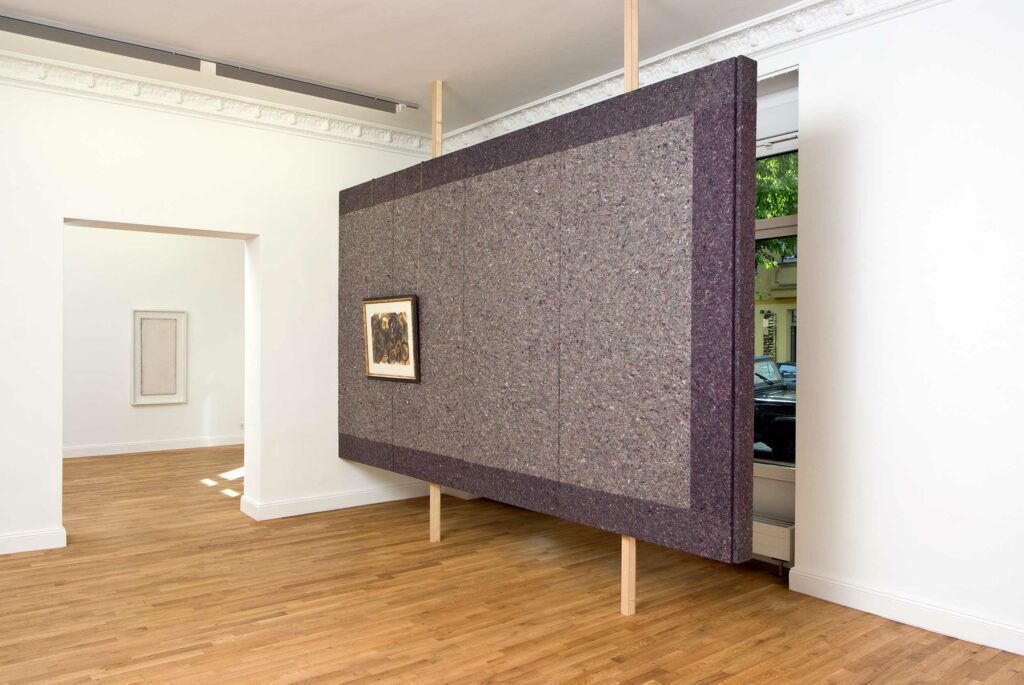 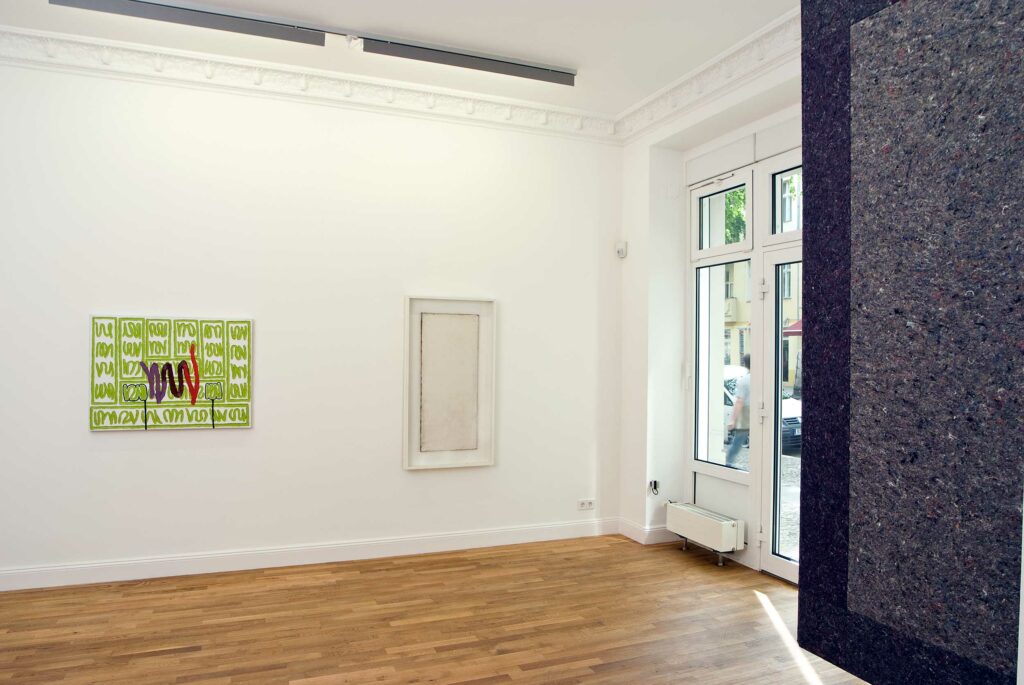 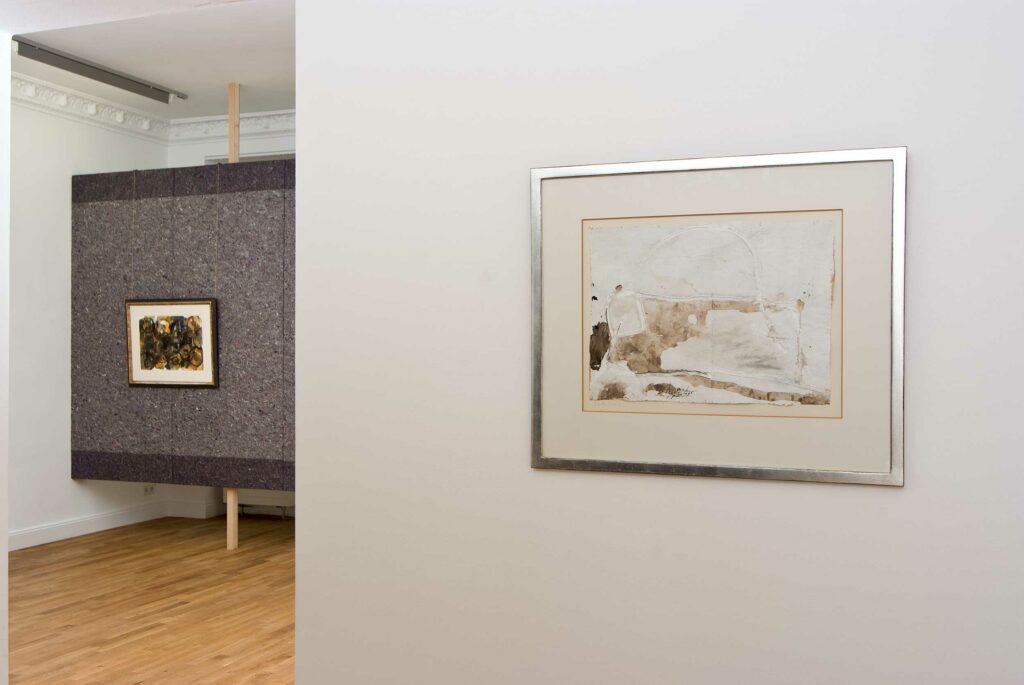 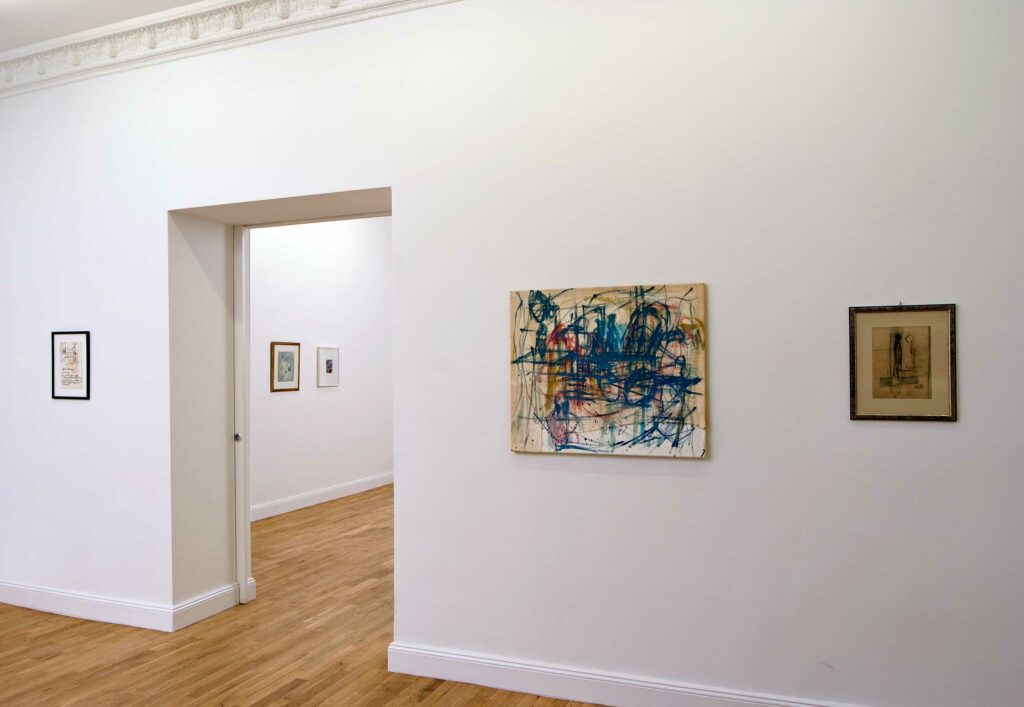 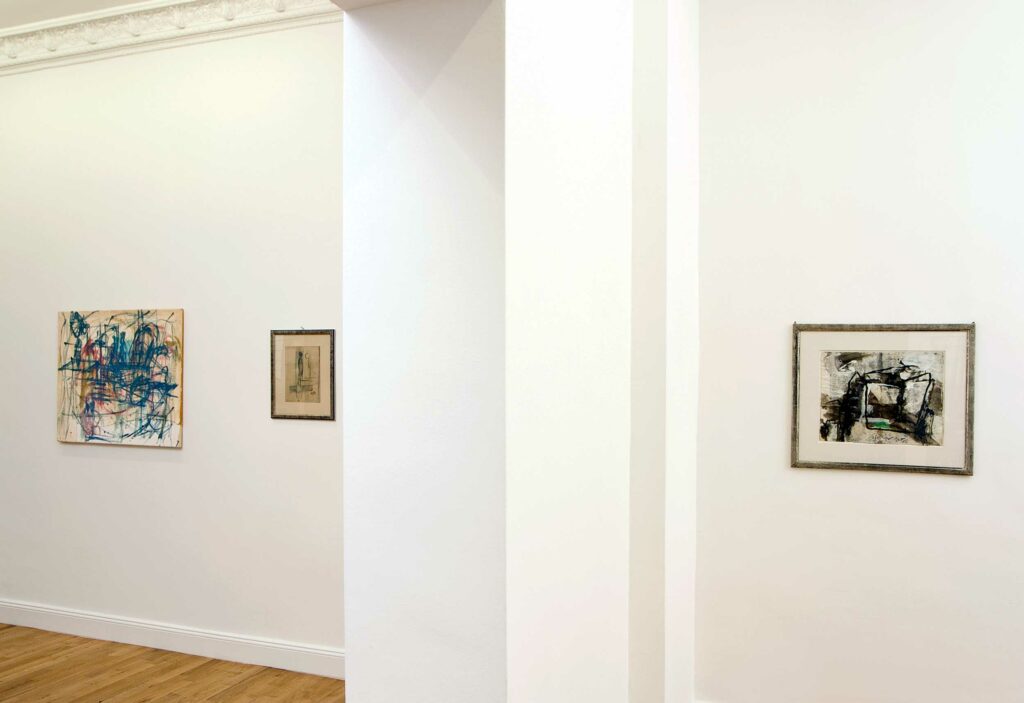 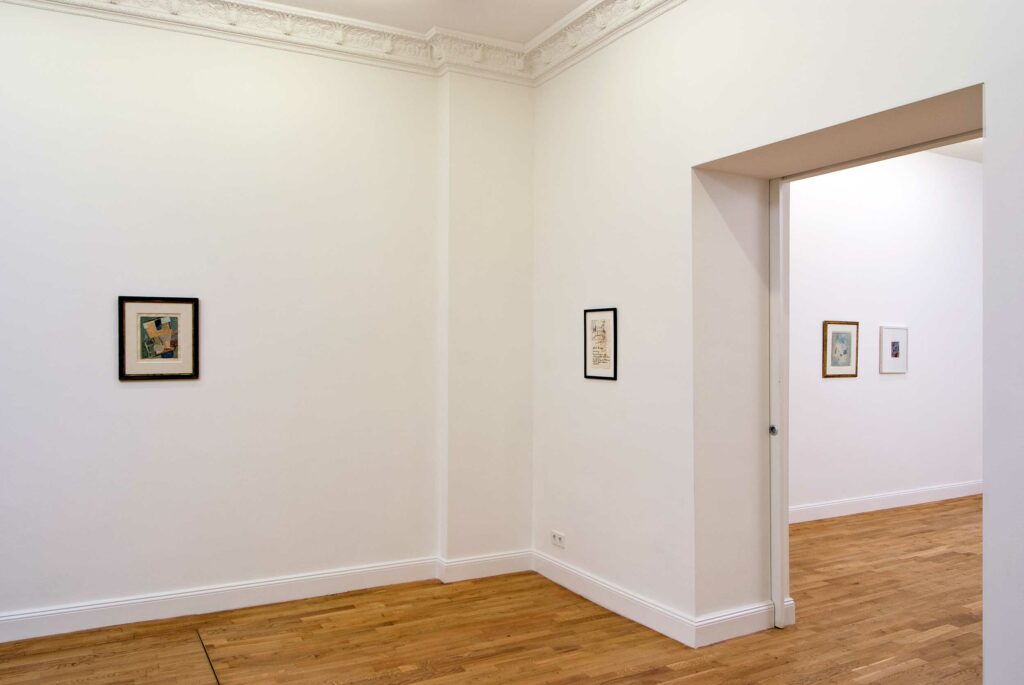 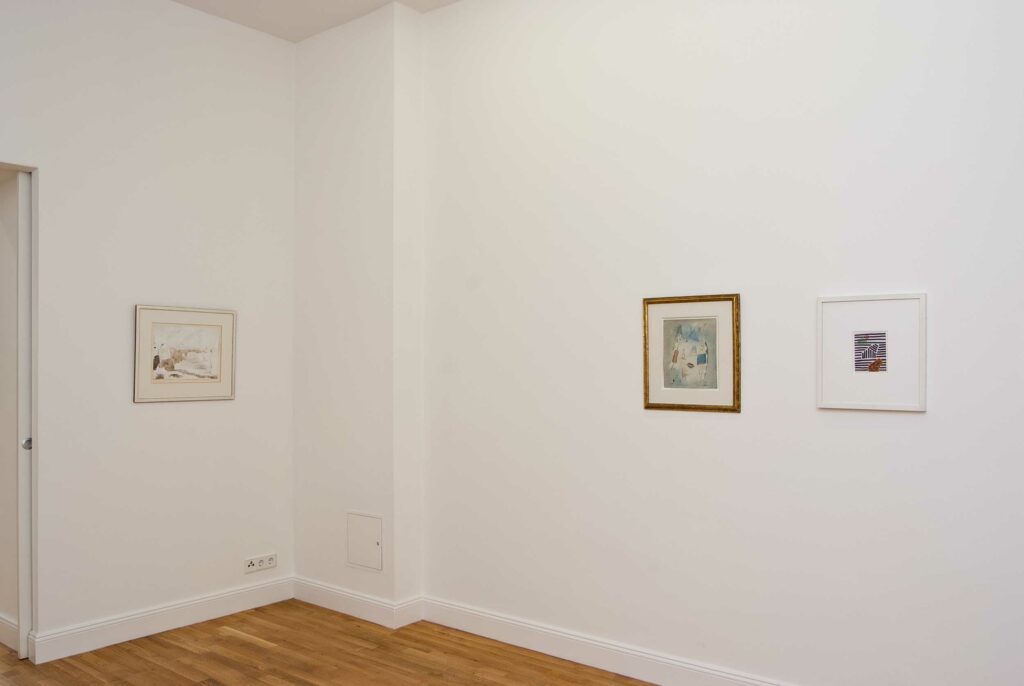